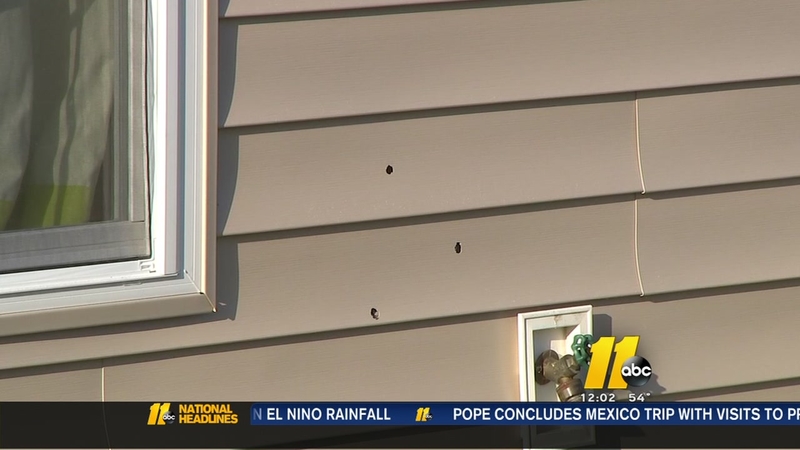 Durham toddler recovering after being shot in drive-by

DURHAM (WTVD) -- Durham police are still looking for the suspects involved in a drive-by shooting that left a 1 1/2-year-old boy injured inside a house Tuesday afternoon.

The boy is recovering after being shot in the leg while at the house that doubled as Tatum's Christian Child Care on the corner of Great Bend Drive and Lime Street.

An eyewitness to the drive by that sent a toddler to the hospital just told me what she saw. Hear from her on #abc11 pic.twitter.com/FvE8FvsAik

Bullet holes could still be seen in the home Wednesday as neighbors described the frightening moments when bullets were flying from a dark Honda sedan around 3 p.m. the day before.

For them not to have any type of common courtesy or respect for human life, that's just tragedy," the neighbor, who did not want to be identified. "You just pull up to someone's house and open fire, then just pull off like it's just nothing."

Officers were told that numerous shots were fired by the occupants of the dark-colored sedan.

"Six shots! Yeah, but I don't come outside," neighbor Walter Contreras said. "I believe it's a long way, but it's close to my house."

When the shooting ended, one little boy was rushed to Duke Hospital, where he is expected to make a full recovery.

So far, no charges have been filed at this time. No other information was immediately available.