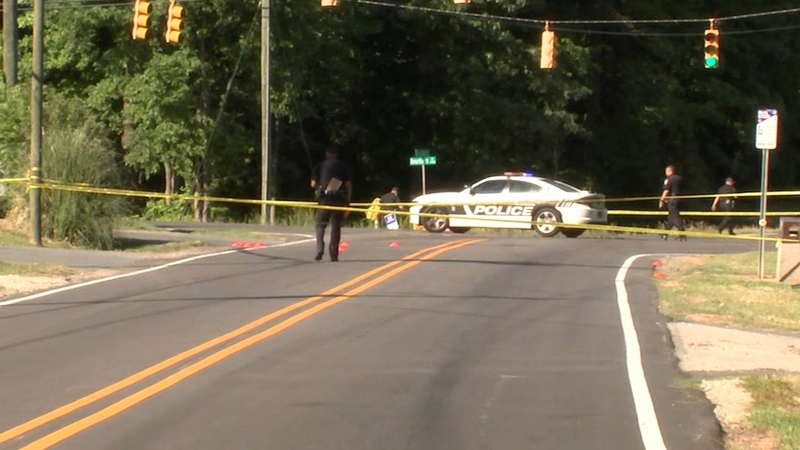 It happened at Club Boulevard and Dearborn Drive.

An ABC11 crew at the scene reported more than a dozen shell casings on the ground.

Bus No. 132 was transporting students from City of Medicine Academy and Durham School of the Arts.

There were 18 students and two adults on the bus. A backup bus was dispatched to take students home; parents and guardians were also allowed to pick up students.

No one on the bus was injured. The bus was not struck by bullets. Police said the school bus did not appear to be the target of this shooting.

Durham Police said officers initially responded to a shooting call in the 1400 block of E. Club Boulevard shortly after 4:30 pm. Witnesses told officers that gunfire was exchanged between people in two vehicles, which apparently fled before officers arrived.

Police haven't found any shooting victims but continue to investigate the incident.

"The profound gratitude and thanks of our entire city belongs to that DPS bus driver for their bravery and quick responsiveness in protecting the lives of some of our youngest and most vulnerable residents," Durham City Councilman and Mayor Pro-tem Mark-Anthony Middleton told ABC11. "This scourge of gun violence leaves no person nor ZIP Code exempt. This is a challenge we all must face as one city."