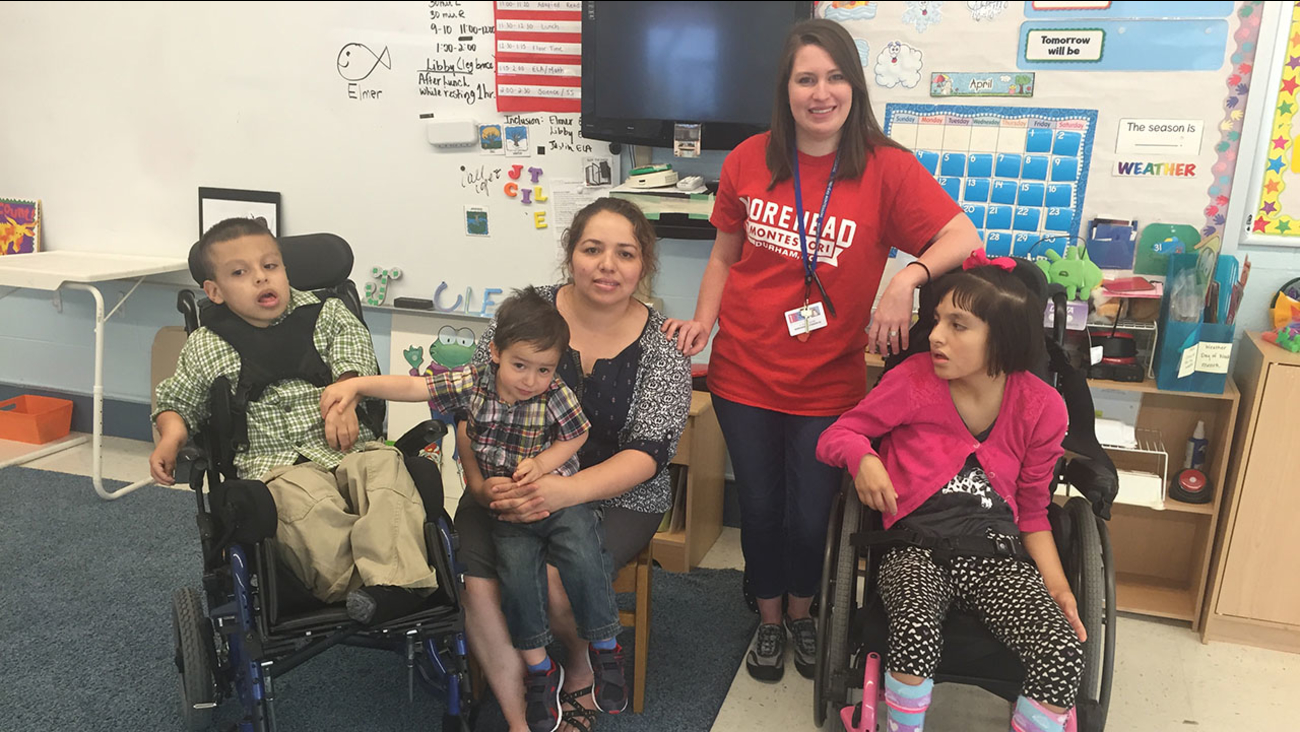 DURHAM, NC (WTVD) -- A Durham school teacher is trying to raise money for two of her students, a brother and sister, who both have a rare condition that's left them wheelchair bound and in need of help with almost all everyday tasks.