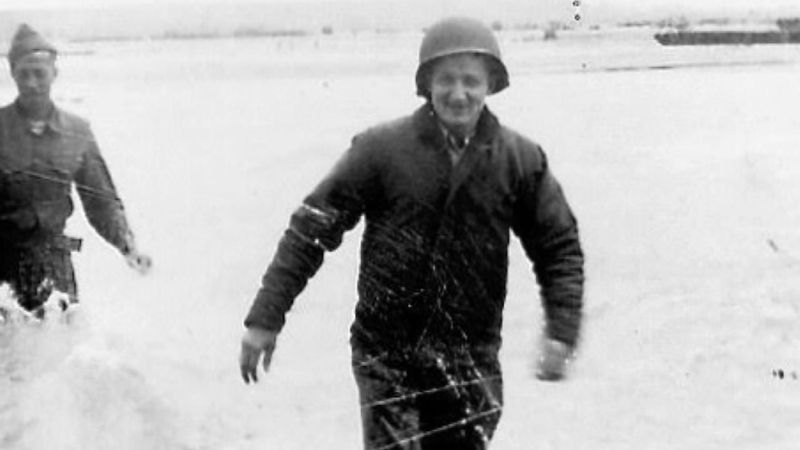 The carnage, the chaos and the roar of the bombers.

These are just a few things 99-year-old Dr. Jack Hughes remembers about D-Day 75 years ago.

"I saw the most amazing thing that I will never forget, as far as I could see in every direction, there were ships of all shapes and sizes," Dr. Hughes said.

Dr. Hughes was a 24-year-old medical officer with the U.S. Navy during the landings. He was supposed to go onto the beach in Normandy but everything changed.

"It was terrible," Dr. Hughes said. "So we could not land. We started in and the ship in front of us took a hit."

They turned back but they were able to find a way to treat the injured.

"On D-Day, we treated the initial wounded because they were brought out to us as soon as it got dark," Dr. Hughes said.

Two days later, he finally made it ashore to help more of the wounded.

He said he often thinks about what would have happened if they did get onto the beach on D-Day. He said he wouldn't be here today.

Dr. Hughes, a native of Tabor City, worked as a urologist in Durham for nearly 40 years. After his first wife passed away, he married his second wife, Scott. They have been married 19 years and had nine children and 15 grandchildren between them.

There's one thing Dr. Hughes wants everybody to remember about D-Day.

"Don't forget what happened and the sacrifices that were made and the people who didn't come back," he said.
Report a correction or typo
Related topics:
societydurhammilitaryd day
Copyright © 2021 WTVD-TV. All Rights Reserved.
TOP STORIES
NC man charged in Capitol bomb threat found competent to stand trial
Shooting that killed 2 in Cumberland Co. believed to be drug-related
NC State Fair: Everything to know before you go
LATEST: WCPSS to pause summer learning program
Fall Begins with Wet Weather
Raleigh detectives solve 1977 rape and murder case
Show More
Gabby Petito saga shines spotlight on other missing persons cases
375 workers with NC healthcare provider could be fired over vaccines
NC man accused of defrauding Amazon out of $290,000 through returns
Search resumes for Brian Laundrie in Gabby Petito case
When to expect decision on COVID-19 vaccine boosters
More TOP STORIES News