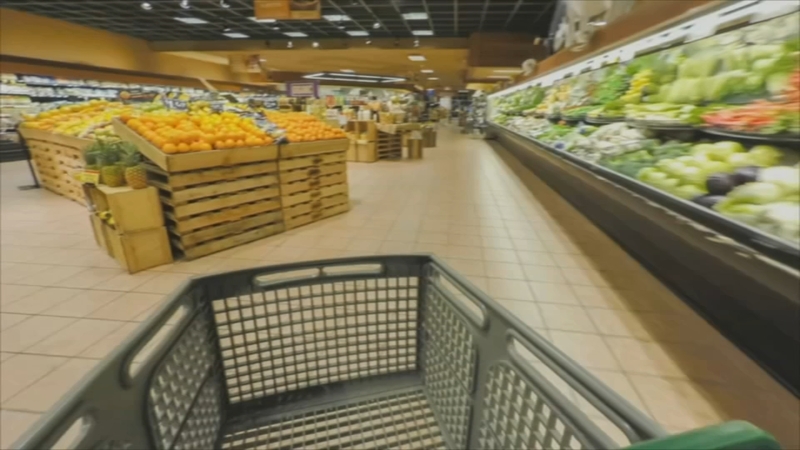 RALEIGH, N.C. (WTVD) -- It's still an open question whether the nation is headed toward a recession. Economists are not in agreement. But what is certain -- the American economy is up against some strong headwinds with struggles you can feel in the voices of moms and dads in the Triangle.

In southeast Raleigh on Wednesday night, outside the Rose's, Denisha Baines was checking off her grocery list when all this single mom of two could do was laugh.

"My grocery bill is high," she said with a pained smile. "It's frustrating because I don't necessarily know where (the rising prices) are coming from. It just seems like it just hit all of a sudden."

Wednesday's big move by the Federal Reserve to hike interest rates in a bid to tame inflation also brings the risk of putting the economy into recession.

"We at the Fed understand the hardship that high inflation is causing," said Fed Chair Jerome Powell at a Wednesday news conference.

Connel Fullenkamp explains the reason behind the hike and the benefits for families.

The Fed's decision also comes at a time when more Americans are returning to bad habits with their credit cards.

A new study from Wallet Hub showed a consumer spending spree equaled more than $73 billion in credit card debt racked up in just the fourth quarter of 2021. But, so far this year, consumers have only paid down $13.2 billion of what they borrowed.

At Raleigh's Chavis Park, Sarah Kendrick is making hard spending choices for herself and her son. She said she's keeping the credit card tucked away as much as she can.

"I try not to use it," Kendrick said. "I try to keep the credit-card spending to a minimum. Try to keep the extra spending down. Anything extra -- we won't do."

"I think you're now seeing a situation where people are facing high gas prices, high food prices, and the wages aren't keeping up. So they're having to dip into their savings, many are borrowing. And that's not a good sign," said Walden who is predicting the nation will fall into a brief recession this year.