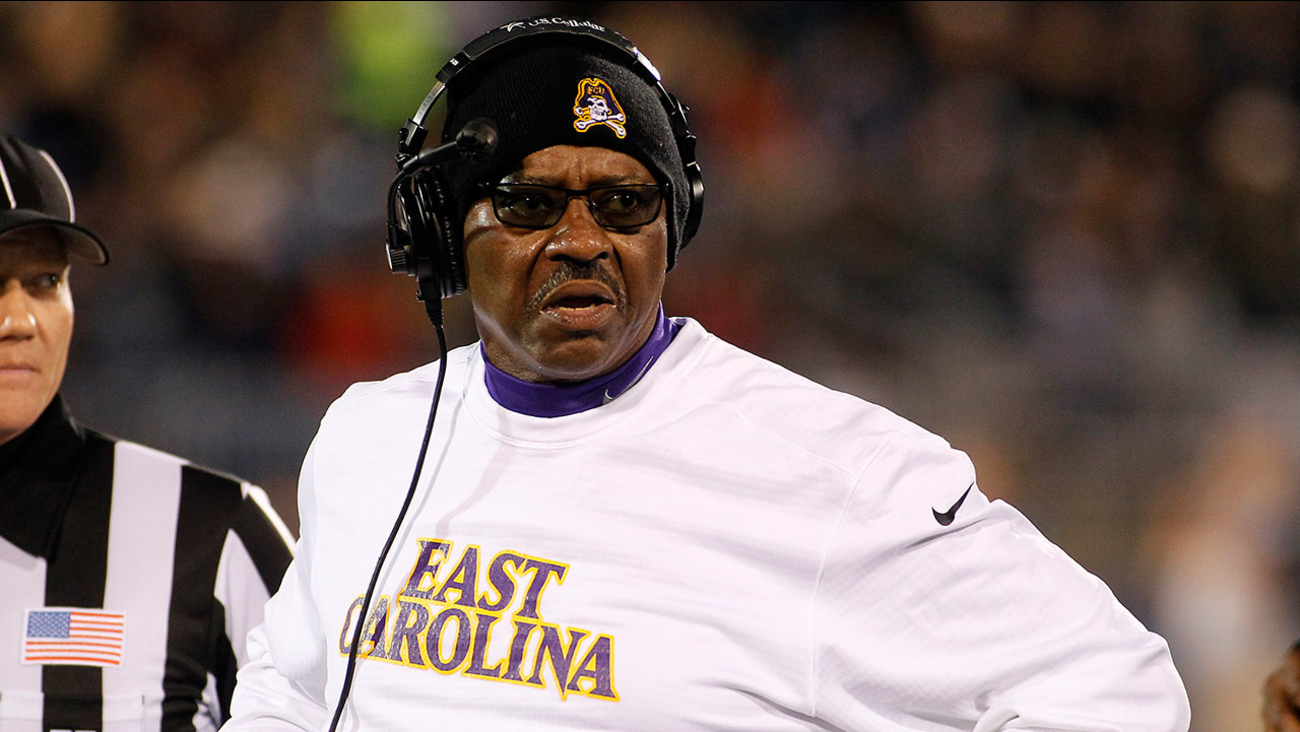 GREENVILLE, N.C. (WTVD) -- The move to fire East Carolina University football coach Ruffin McNeill was not an easy one for the school.

"This decision is as difficult as it is because of who Ruffin McNeill is as a man," ECU athletics director Jeff Compher said Friday at a news conference. "We have all come to know him as an outstanding person who is a great family man and a caring coach who has nurtured his team throughout his six seasons here at ECU. I am thankful for his dedication to Pirate Nation and to his coaches and staff who have worked hard for this program over the last few seasons."

Compher said he made the decision earlier this week, when he concluded "the trajectory of the program was not going in the right direction."

"I know many people were shocked by this. I felt like we needed to make this decision now and not wait a year and potentially be faced with the same situation," Compher said. "I did not expect it to be a popular one, but it was made in the best interests of the future of our football program. I hope people understand that the direction we want to go is winning championships and working toward playing on New Year's Day."

The Pirates had a winning record in McNeill's six seasons, going 42-34 overall, but a 19-16 loss at home last Saturday to Cincinnati ended the campaign on a sour note. They finished 5-7 this year.

Perhaps more importantly, ECU failed to win a conference title during his tenure, despite recording the school's first 10-win season in more than 20 years in 2013.

"Our expectations are to compete for championships," Compher said. "I am confident our candidate pool will be deep."

Since the Pirates accepted membership in the American Athletic Conference in 2014, ECU has posted an 8-8 league mark, which includes a recent 3-5 ledger and fifth-place East Division finish this fall. During its inaugural year in the AAC, East Carolina was 5-3 and stood fourth behind Cincinnati, Memphis and UCF.

"We are appreciative of the hard work, dedication and contributions Coach McNeill and his staff have made to both East Carolina University and our community," Compher said.

McNeill was a four-year letterman at ECU under Pat Dye from 1976 to 1979 and helped lead the Pirates to a bowl appearance in 1978.

Compher had a brief meeting with McNeill in his office Friday morning to relay the decision.

Compher said the buyout of McNeill's contract will amount to "roughly $1 million."

A statement posted Friday afternoon on McNeill's Twitter account and attributed to him said in part that the coach is "deeply thankful to East Carolina University for the opportunity to fulfill my dream of being a head football coach."