I-Team: Mother outraged after she learns her autistic son was allegedly beaten, yelled at on school bus 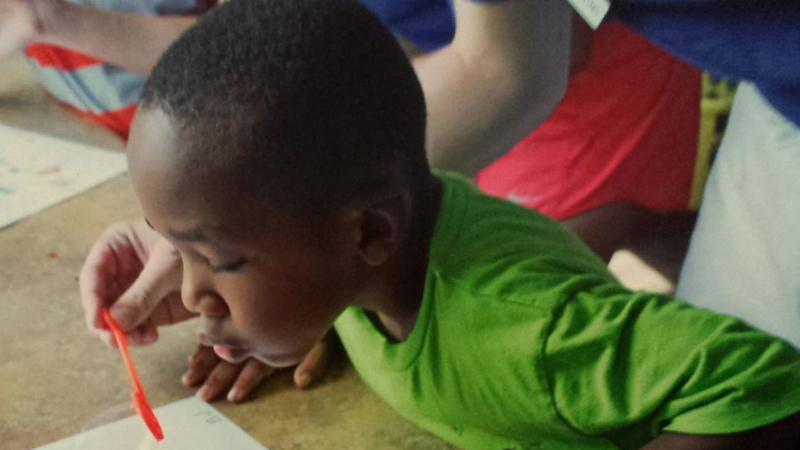 WAKE COUNTY, N.C, (WTVD) -- A Wake County parent is furious after hearing her autistic son was yelled at and beaten during his ride to school. It was allegedly done by a district bus safety assistant.

"What kind of training do you go through to handle these children? Hitting them? Where's the patience and compassion," said Chavis.

The single mom was beyond outraged when she learned about the incident last week.

"She [the bus driver] said that the monitor has been beating B.J. on his lap and yelling at him and hitting him so he would be quiet and, as he got louder, she would get louder and more upset," said Chavis.

The bus driver works for CMC Transportation. The company is subcontractor for the Wake County Public School System. The Better Business Bureau told ABC11 that there have been no complaints filed with the business in the last three years, and the company currently has an A+ rating.

"If you don't like kids, you need to be doing something else not being safety aides for them," said Chavis. "That's not her place to do and this is a big freaking deal."

Chavis' son is 5-year-old B.J. Bailey. He's a kindergartener in Apex. He loves listening to music, drawing, and building mega-blocks. These are a few things the child can do to express himself. The autistic child is not verbal and can say very few words. Mom said he is in no position to come home from school and tell her anything.

"He was probably scared, confused," said Chavis. "Can you imagine not being able to talk, to get your point across?"

"WCPSS is looking at the allegations, which are being thoroughly investigated," said WCPSS spokesperson Bill Poston. "During this investigation, the employee has been relieved of duties. We expect our staff and our contractors to deliver caring, quality service. The safety of our students is our top priority."

"That's sickening. That's pure sickening," said Chavis. "I don't want them to just slap anyone on the wrist. Everyone is responsible for this, and we need to figure out what we're going to do to make sure that the parents know that they're kids."

Chavis is very concerned about her son's welfare. On Monday, she is taking him to a doctor for psychological testing. She is hoping a professional will be able to tell if he's emotionally okay.