Parents are unhappy about a plan to transfer students.

RALEIGH (WTVD) -- A couple hundred Wake County parents showed up for an information session on WCPSS' Student Enrollment Proposal at Leesville Road High School Monday night, most of them from Leesville Road Elementary.

While the session was organized for district staff to receive parent's feedback and answer questions, many parents said they left feeling their concerns fell on deaf ears.

Under the current proposal, nearly 300 Leesville Elementary students will be reassigned from their neighborhood school in Raleigh to the new Pleasant Grove Elementary set to open in Cary in fall 2016.

For months, Leesville parents provided feedback in a WCPSS online forum, but their requests to remain at Leesville were not worked into the second draft.

The parents Monday night, wearing Leesville green and carrying signs that read "Protect our Pride," marched into the meeting chanting "We are Leesville! We are Pride!"

After Cathy Moore and Laura Evans with WCPSS' Student Assignment reviewed the second draft of the Student Enrollment Proposal with parents who packed the cafeteria, each table of about eight parents was told to discuss their concerns and prepare one question per group to present to staff.

"It should've just been an open mic," John Whittington, parent of Leesville Elementary student, told ABC11. "Instead, they were trying to control us with little group tables."

Most parents questioned the rationale behind the district's decision to move Leesville students to Cary; the biggest applause came for parents who pointed to the four drivers of the district's plan: Student Achievement, Stability, Proximity and Operational Efficiency and asked how moving kids out of a thriving school community near their homes fulfilled any of those goals.

"It's extremely frustrating and they're not answering that question," said Whittington.

Moore delivered the explanation several times that students were needed to fill new schools. She said Wake County will grow by 40,000 students in 10 years and reassignment was part of the process. She tried to assure parents they could thrive again at any new school, but those comments were met with boos from the crowd.

"If we don't get what we want and they pass this, we'll just keep fighting," Whittington said. "What else can we do?"

WCPSS staff will continue gathering parent feedback and unveil a third draft of the reassignment proposal to the school board Oct. 20. The board is slated to vote on a final plan December 1. 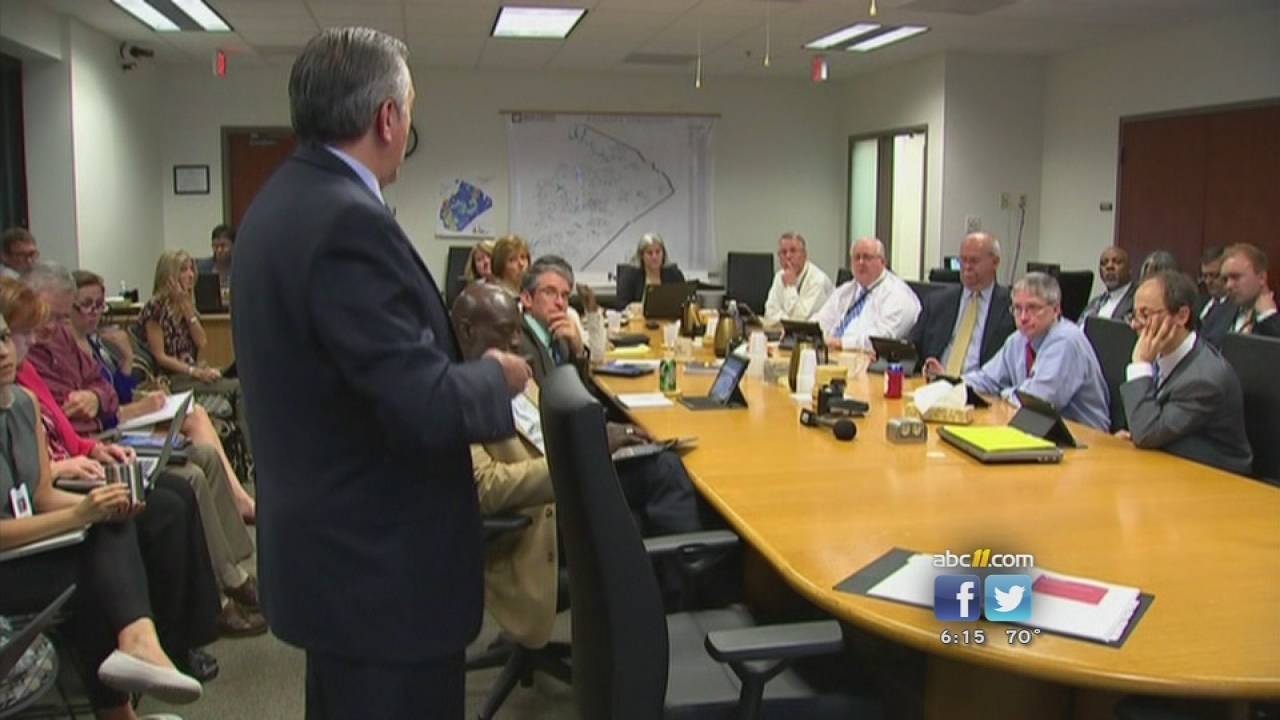