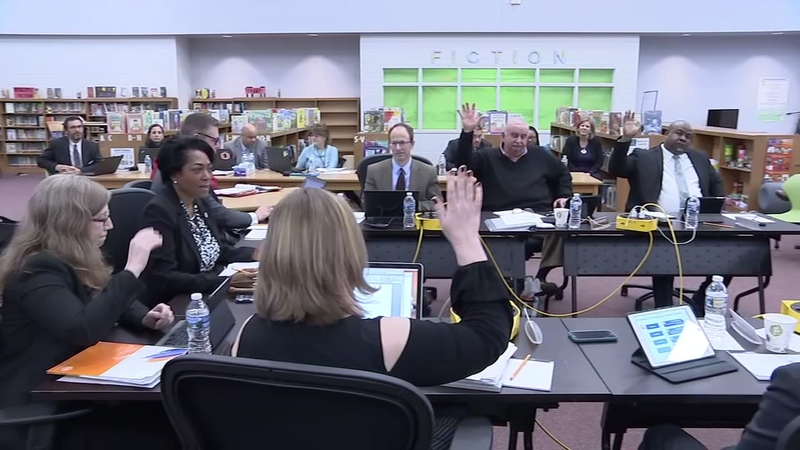 Former board chairman Dr. Stephen Halkiotis arrived at the meeting opposed to the measure. He expressed concern about "the district" admitting to a history of racial disparities. He felt the blame should be acknowledged by society in general.

"I don't agree with the word district, because I think it puts us on shaky legal ground," Halkiotis said.

In a surprising, unanimous vote, the Orange County School Board has approved a district racial equity policy which acknowledges “persistent racial intolerance, inequities and academic disparities” with its school system. #abc11 pic.twitter.com/OzX0AfjwA4

But then came the wave of public support for the policy which is aimed at closing the achievement gap between white and non-white students by reducing suspensions, making schools more responsive to alternative learning styles and hiring more teachers who look like their diverse student bodies.

"It is not OK that our current teacher population looks so much like me -- white and female," said Katie Harper, an OCS parent. "Over forty percent of our 7,300 students are students of color, so out of nearly 700 teachers, where are our 280 teachers of color?"

Twelfth-grade student Namron Chapman said, "Data shows Orange County Schools is failing us. You can see it in our classrooms, especially the higher placement classes - it's very few faces that look like mine."

It's been a year and a half since Orange County's school board voted to ban the Confederate battle flag or other "racially intimidating" clothing from district schools. Many of the parents on the front line of that fight now are winning this latest battle - changing minds on the school board about the racial equity issue in the classroom.

"And I'm proud to say, hey I'm turning around," Dr. Halkiotis told the crowd in explaining his switch to a yes vote. "I'm letting it go because it's the right thing to do because all seven of us have to march together on this."

The policy was written by the district's Equity Task Force, made of community stakeholders and district staffers working during a two-year period.

"Unbelievable," said task force member Latarndra Strong about her feeling after the policy's passage. "It is a true testament of what can happen when the community stays together and puts pressure on our school board."

Task force member Phyllis Portie-Ascott added, "We're glad that (the district) finally admitted that there's some issues that really need to be addressed. We're grateful for that."

Now comes the issue of how to pay for it. District budget officials said the plan will cost between $350,000 and $500,000 to implement; hiring additional staff and training costs.