Egypt mosque attack witness: 'The sight was horrific, I can't describe it' 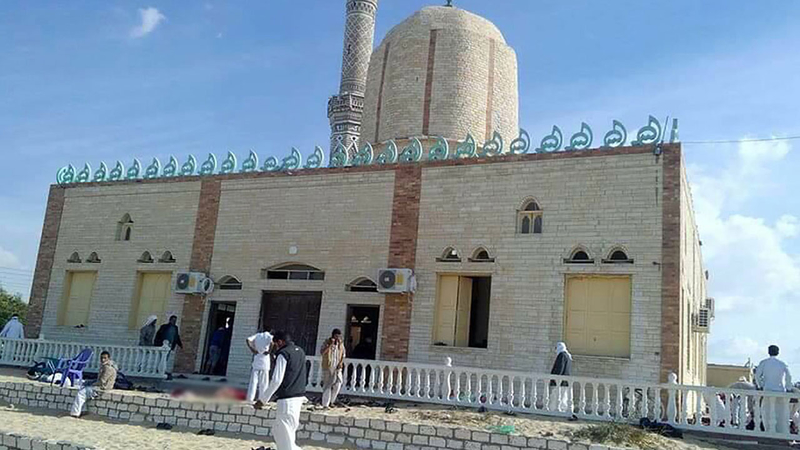 EL-ARISH, Egypt -- An eyewitness to the deadly mosque attack in Egypt says the attackers shot victims as they knelt in prayer, leaving even young children among the hundreds of worshippers killed.

Ibrahim Shetewy told ABC News he was approximately 650 feet away from the mosque where the attack took place and that he was initially unfazed by the sound of gunfire, a common occurrence in an area ravaged by violence.

"The sight was horrific, I can't describe it," Shetewy said of the aftermath of the rampage that state media reports say left more than 230 worshippers dead and another 130 injured.

According to Shetewy, the attackers torched all of the vehicles parked at the mosque's three entrances to block escape routes and opened fire on whoever tried to flee.

"We carried whoever we found alive and took them in pickups and private cars until more ambulances could come and help," he recalled.

The mosque where the attack took place often hosted worshippers traveling through the area in addition to locals from the surrounding village, according to Shetewy.

"Most of the people from the mosque's village are probably all dead. We saw two-, three- and four-year-olds dead. I saw a little boy with a hole in his head. A horrible, horrible sight," he added.

After the rampage, Shetewy said the "huge" mosque was "full of dead bodies." He shot very graphic footage showing the aftermath of the attack.