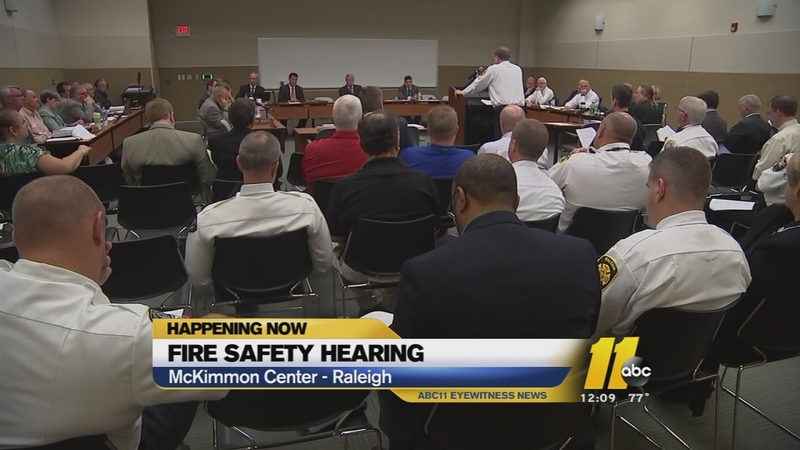 The possible change to the state electrical code was a topic of discussion at a North Carolina Building Code Council public hearing at McKimmon Center on Tuesday.

Many states are expanding the use of a device that helps prevent fires.

However, North Carolina may not be among those states, which has fire prevention advocates very upset.

Winston Salem resident was 5-years-old when her home caught fire more than five decades ago, leaving her with third-degree burns on half her body.

"You have to deal with staring and people gawking at you," Pam Elliott said about her scars.

Elliott testified during the public hearing, saying she is opposed to a possible change in the code that would include not expanding the use of Arc Fault Circuit Interrupters, or AFCIs.

AFCIs detect dangerous sparking in home wiring and can prevent fires by shutting down an electrical system.

"You're talking about people's lives and of course the most vulnerable in a fire are infants, children, the elderly and the disabled, so it is the job of a committee like this to protect the public not expose them to more harm by decreasing safety standards," she said.

Cindy Register, who chairs electrical committees that are proposing going back to the 2011 code, says it would save home builders money.

"The 2011 national electrical code AFCIs are required throughout house w exception of kitchen and laundry. The 2014 code has expanded to include entire house," she said.

The council could vote on the proposal in December.