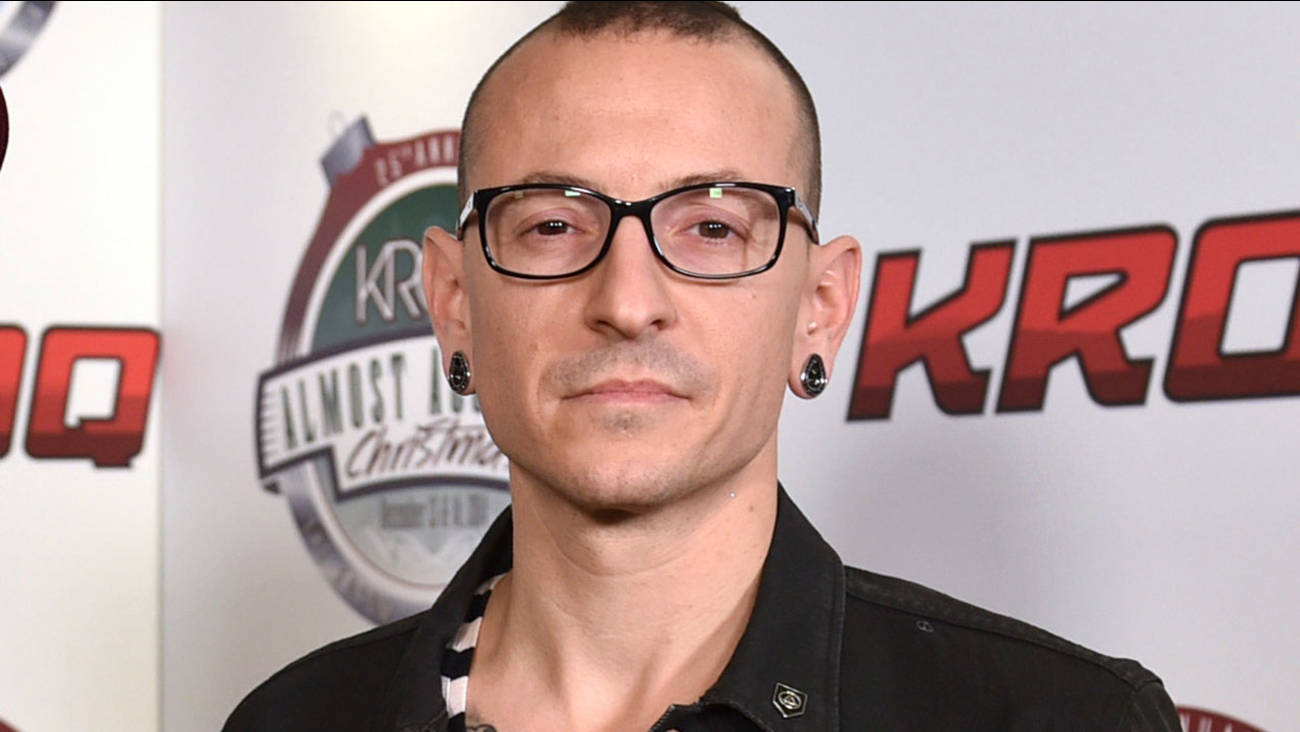 Linkin Park lead singer Chester Bennington, who sold millions of albums with a unique mix of hard rock, hip-hop and rap, was found dead in his home near Los Angeles on Thursday, the Los Angeles County coroner says. He was 41.

Coroner spokesman Brian Elias said authorities are investigating Bennington's death as an apparent suicide but no additional details are available.

The Grammy Award-winning group sold 10 million copies of their 2000 debut, "Hybrid Theory," and then another 4 million with 2003's multiplatinum "Meteora." Both albums explored feelings of frustration and fury.

The band also sold millions with its remix album, "Reanimation," and its mash-up record with Jay-Z, "Collision Course." They won Grammys for best hard rock performance in 2001 for "Crawling" and best rap/sung collaboration for "Numb/Encore" in 2005. Linkin Park was on tour and had a show at New York's Citi Field scheduled for next week with Blink 182.

Bennington, who sported piercings and tattoos, struggled with drug and alcohol addictions at various times during his life. He was married and is survived by six children.

Linkin Park released their most recent album, "One More Light," in May. It was a CD that divided critics and fans alike for its embrace of pop. Although the band had always experimented with different sounds, some claimed the band had sold out, which Bennington denied. It became the band's fifth No. 1 album debut on the Billboard 200.

"If you like the music, fantastic. If you don't like it, that's your opinion too. Fantastic. If you're saying we're doing what we're doing for a commercial or monetary reason, trying to make success out of some formula. then stab yourself in the face!" he told NME magazine.

Bennington was close friends with Chris Cornell, who died by hanging earlier this year, and performed Leonard Cohen's "Hallelujah" at the Soundgarden singer's memorial in late May.

When he got his big break in 1999, Bennington was an assistant at a digital-services firm in Phoenix. A music executive sent him a demo from the band Xero, who needed a lead singer. (He had been recommended by his attorney.) Bennington wrote and recorded new vocals over the band's playing and sent the results back. He soon got the gig and the band then changed its named to Hybrid Theory, then Linkin Park.

Bennington told The Associated Press in 2010 that because of the sound the band is known for, it's virtually impossible to satisfy their many kinds of fans.

"We're making music for us, that we like. We're not making music for other people," he said. "We're not thinking, 'Let's make a pie-graph of all our fans and find out how many people fit in whatever category and then make the perfect album for them.' Like, that would be absolutely ridiculous."
Report a correction or typo
Related topics:
arts & entertainment
TOP STORIES
2 to 3 inches of snow possible in Triangle
Voting bill collapses, Democrats unable to change filibuster
'We can't get any more': Stores struggle to restock shelves
Third arrest made in Black Friday shooting at Streets at Southpoint
Daniel Turcios shot 5 times after crash on I-440, RPD reports
NC legislature votes to further delay primaries until June 7
'He was special': Durham friends remember Andre Leon Talley
Show More
Cumberland County mom spins way to $500,000 lottery prize
Victim in fatal I-85 crash was just 3 months old
19-year-old military driver charged in wreck that left 2 Marines dead
Earnhardt Jr. to be inducted into NASCAR Hall of Fame
Raleigh man feels lucky to be alive after bullet found above his bed
More TOP STORIES News