Owner of Eskimo Pie to change its 'derogatory' name 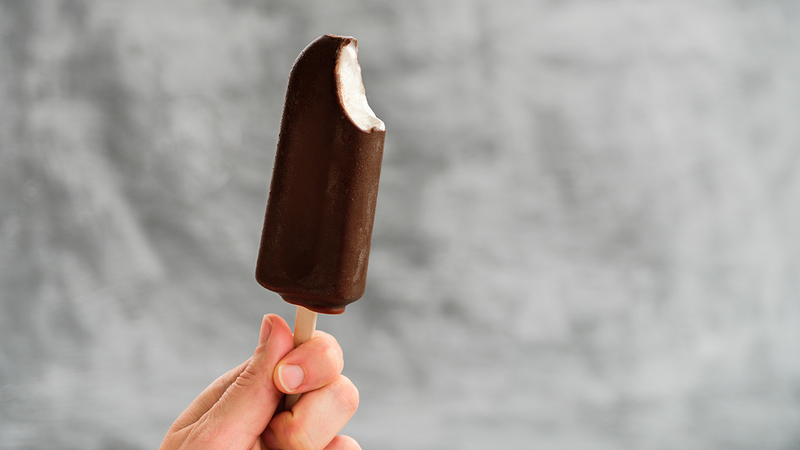 Owner of Eskimo Pie to change its 'derogatory' name

NEW YORK -- The owner of Eskimo Pie is changing its name and marketing of the nearly century-old chocolate-covered ice cream bar, the latest brand to reckon with racially charged logos and marketing.

"We are committed to being a part of the solution on racial equality, and recognize the term is derogatory," said Elizabell Marquez, head of marketing for its parent Dreyer's Grand Ice Cream, the U.S. subsidiary for Froneri, in a statement. "This move is part of a larger review to ensure our company and brands reflect our people values."

The treat was patented by Christian Kent Nelson of Ohio and his business partner Russell C. Stover in 1922, according to Smithsonian Magazine.

Eskimo Pie joins a growing list of brands that are rethinking their marketing in the wake of the Black Lives Matter protests in recent weeks triggered by the death of George Floyd. Quaker Oats announced Wednesday that it will retire the Aunt Jemima brand, saying the company recognizes the character's origins are "based on a racial stereotype."

From June 18, 2020: Mrs. Butterworth's and Cream of Wheat are the latest brands to announce plans to reshape their image in the wake of racial protests still happening across the country.

Other companies are reviewing their name or logo. Geechie Boy Mill, a family-owned operation in South Carolina that makes locally-grown and milled white grits, said Wednesday it is "listening and reviewing our overall branding," though no decisions have been made. Geechie is a dialect spoken mainly by the descendants of African American slaves who settled on the Ogeechee River in Georgia, according to Merriam-Webster.com.

Mars Inc. said it's also reviewing its Uncle Ben's rice brand. B&G Foods Inc., which makes Cream of Wheat hot cereal, also said this past week it is initiating "an immediate review" of its packaging. A smiling black chef holding a bowl of cereal has appeared on Cream of Wheat packaging and in ads since at least 1918, according to the company's website.

Chicago-based Conagra Brands, which makes Mrs. Butterworth's syrup, said its bottles - which are shaped like a matronly woman - are intended to evoke a "loving grandmother." But the company said it can understand that the packaging could be misinterpreted. Critics have long claimed that the bottle's design is rooted in the "mammy" stereotype.
Report a correction or typo
Related topics:
societyu.s. & worldrace in americaice cream
Copyright © 2022 by The Associated Press. All Rights Reserved.
RACE IN AMERICA
Judge agrees to delay trial for 3 former cops in Floyd death
Emmett Till, his mother to be awarded Congressional Gold Medal
Sidney Poitier changed movies, and changed lives
Arbery trial judge held minute of silence before sentencing
TOP STORIES
Winter storm moves out, refreeze possible overnight
NCSHP reports 200 crashes statewide, urges drivers to stay home
Dozens of RDU flights canceled through Monday evening
Monday events canceled, postponed due to winter weather
Why do we get freezing rain instead of snow or sleet?
FBI identifies hostage-taker at Texas synagogue
How to drive on snow, ice and get out of a skid
Show More
Expect more worrisome COVID variants after omicron, scientists say
After Biden's first year, the virus and disunity rage on
Novak Djokovic leaves Australia after court rejects visa challenge
Ukraine claims Russia behind cyberattack in 'hybrid war'
Hostages in N. Texas synagogue 'out alive and safe,' Gov. Abbott says
More TOP STORIES News