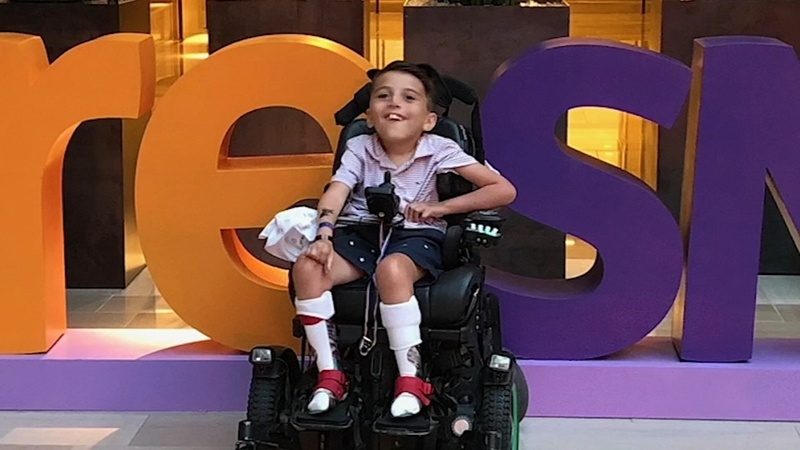 "Our vision and my particular vision was focused on inclusivity to kids who were not interested in playing team sports. And I hadn't really thought much about kids who aren't able to play conventional athletics," said XP League co-founder Jay Melamed.

XP League, which has chapters in eleven states, provides coach and player training for video games.

Brady Chan, 10, of Raleigh, is one of the participants.

"I really wanted to join because I really like playing video games," said Chan.

Chan has spinal muscular atrophy, a genetic disorder that impacts his muscle movements and abilities. However, it's had no impact on his positive attitude and spirit.

"I feel really proud of him of him, because I've watched him during practice and it's just really great to see him work with other children trying to come up with strategies and solve problems, and just really build those friendships maybe he otherwise wouldn't have," said Mimi Chan, Brady's mother.

Brady Chan said his favorite part of XP League is the camraderie.

His friend, 11-year old Mateo Landa, who also has spinal muscular atrophy, plays in the league as well.
"It's really hard for him to participate in an environment where he's fully a member of the team, thus far. And it's really helping him grow. He's learning better communication," said Rio Landa, Mateo's mother.

Melamed said he's impressed with the growth both Brady Chan and Mateo Landa have made.

"It is unbelievably rewarding to see just how inclusive it is what we built. I'm very excited about it," Melamed said.

Rio Landa said the leadership aspect of the league has been a highlight for her and her son.

"You have to learn different roles, even though you're not used to it, you'll get used to it eventually," said Mateo Landa.

Mateo Landa wants to develop video games when he grows up, and is hopeful his involvement with XP League will help him achieve his goals.