DURHAM, N.C. (WTVD) -- As cleanup and search efforts continued Friday, Duke Hospital released an update on the status of some of those injured during Wednesday morning's gas explosion that left one dead and 25 hurt.

As of Friday, Duke said, two of the five patients who remained at Duke Hospital have been discharged. Two others were transferred to UNC Hospital.

The fifth patient remains at Duke in critical condition.

ABC11 has learned that the State Department of Labor is investigating the explosion. They're looking into the cause and whether a violation of OSH safety or health standards occurred.

The agency is also checking to see whether OSH standards should be revised in light of "the hazardous working conditions that led to the accident."

Also Friday, Durham School of the Arts announced that it will reopen Monday on a two-hour delay for students. It had been closed since right before Wednesday's explosion.

Students may arrive at DSA beginning at 10:30 a.m.; the school day will begin at 11:15 a.m. Counselors will be on hand for students and staff who request support.

DSA teachers and staff will report to school at 9:30 a.m.

On Thursday night, another welcome sign of normalcy returned to the area around the explosion site.

About 10:30 p.m., Durham Fire and Police re-opened Main Street through Brightleaf Square to traffic and pedestrians.

It had been closed since the deadly blast Wednesday morning.

Durham Public Works sent street sweepers down Main picking up any last shards of broken glass blown out by the explosion. And nighttime revelers seemed to happily walk to the favorite haunts.

Crews have gone home for the night but will continue search, recovery and cleanup efforts Friday morning.

It was a more sobering note earlier Thursday. At a news conference, Durham Fire Chief Robert Zoldos said Firefighters hurt in the Durham explosion continued to rescue victims despite their own injuries.

"Several of them were making rescues even after being injured, lacerated and so forth after the explosion," Zoldos said. "So (we're) extremely proud of the great work of the firefighters of the Durham Fire Department, and again, they continued to work even after they were involved; they were victims of the explosion themselves."

Fire officials said at least 15 buildings were damaged in the gas explosion which killed 1 person and injured 25 others on the same day the Bull City celebrated its 150th birthday.

"Eight to 10 people were in the coffee shop and without the incredible work of our firefighters to get them out immediately, they would have also perished inside the building," Zoldos said. "It's not as dramatic as pulling someone out of a fire, but the results are exactly the same."

One person did not make it out of the building before it exploded. Durham officials identified that person as 61-year-old Kong Lee, the owner of Kaffeinate Coffee Shop. He died in the blast.

"I feel a real sense of loss and of grief," he said. "It's a very difficult day in that way. But I feel something else as well, and that is a tremendous sense of gratitude. I saw firefighters with their hoses...fighting that fire not knowing if there was another potential gas explosion."

Authorities said the explosion was caused by a contractor, hired by communications infrastructure company Crown Castle, who hit a gas line.

"Fibertech Networks, which is owned by Crown Castle, hired a contractor who was installing fiber in the area prior to the incident," Area President Cathy Piche said in a statement. "We have offered our full support and cooperation to Durham city officials. We are committed to working with the Mayor's office to help the community recover."

What we know about the victims

- 9 Durham firefighters injured; 6 were in the path of the explosion

- 1 Durham firefighter, Darren Wheeler, seriously injured; He is out of surgery and recovering from his injuries

Search and rescue efforts continued Thursday, but officials said they did not believe anyone was trapped. They said everyone who was reported inside the building has been accounted for, and initial scans of the debris Wednesday did not indicate that anyone was trapped.

There were several Duke University employees injured from shattered glass, the university said.

"Many Duke colleagues responded quickly and admirably to get help for their injured co-workers," said Kyle Cavanaugh, vice president for administration and Duke's emergency coordinator. "The coordinated efforts among Durham officials, Duke Police, and Duke University Health System has been exceptional and helped address immediate needs and mitigate further impact."

A search-and-rescue operation made up of a 35-member special task force was deployed to the site of the explosion soon after the fires were brought under control.

In total, five buildings were involved. Rescue crews will use cameras, K-9 officers and larger machinery to search those buildings during the next few days.

WATCH: Durham community pitches in to help after deadly blast

Officials will send out notices to residents and business owners to let them know when they can return to the area to retrieve property while search and cleanup efforts are underway.

Durham officials said late Wednesday that West Village -Toms Building is not habitable. Residents who need a place to stay can visit Dominion Energy's Claims Operations Center located at Maverick's Smokehouse & Taproom (900 W. Main St.) to get a hotel voucher. The Claims Center is open until 11 p.m. It will reopen Thursday at 8 a.m.

What we know about the explosion

A gas leak was first reported to Durham officials around 9:30 a.m. Upon arrival, first responders requested backup from police and started to evacuate the building.

During evacuation efforts, an explosion occurred at 10:07 a.m. and affected five buildings.

Witnesses told ABC11 they smelled gas in the area before the explosion.

"I've never seen anything like it before," Robin Jarvi said. "I was sitting at the traffic light...and I smelled heavy, heavy gas. There were people in the building. I saw a business owner put a sign that said 'Business is closed for the day because of a gas leak.' As soon as I went through the traffic light, the whole building exploded."

Dominion Energy said it shut off the flow of gas at approximately 11:10 a.m.

"All you see is just a cloud of smoke go up and then you see the building just slowly crumble down and people scattering out of there," Tyler Headrick, a construction worker who was working on a nearby church's roof, told ABC11's Tim Pulliam.

ABC11 Meteorologist Brittany Bell picked up smoke from the explosion on First Alert Doppler. She said wind in the area is blowing the smoke southwest toward Chapel Hill.

Durham School of the Arts is located a few buildings down the street. No students were injured in the blast, but classes were dismissed early and canceled for Thursday.

"Our students and staff are safe in place at the school; there have been no injuries," Durham Public Schools said in a statement on Twitter.

On Friday, Durham fire officials said the public right-of-way, including North Duke Street from Morgan Street to West Main Street, is not accessible and will be closed until further notice. Detours will be put in place.

Officials also said Morgan Street is expected to open later in the weekend after debris clean-up is complete.

The building where the explosion happened, 115 North Duke St. is historically known as the "Studebaker Building." Built in 1920, the building was home to a car dealership and then an auto parts store. According to Open Durham, the building was later part of a restaurant complex before being converted into various offices.

Prescient Company leased the space starting in 2017. They are not the owners. It is owned by a West Coast real estate company called 2050 Bentley LLC. Kaffeinate coffee shop and Main Street Clinical Associates are also located in the same building.

Duke University said most Duke buildings in downtown Durham will be open Thursday, but those closest to the explosion site will likely remain closed.

"Duke is waiting for clearance from the city regarding the buildings that were impacted or closed today and will coordinate communications with affected units once decisions regarding access to those buildings has been determined. Plans are underway to secure temporary space where necessary for buildings that were damaged or will be inaccessible in the immediate future," a Duke spokesperson said. "Decisions about the status of worksites, temporary relocation or reassignment for those working in buildings that are closed will be made by the appropriate school or department management teams. Employees should contact their supervisors for details as appropriate."

Some people in downtown Durham have reported having cloudy or brown water. The city said that is happening because of the extra demand being put on the system by first responders in the area.

If you smell natural gas or notice these signs, leave the area immediately. Do not attempt to find the leak. Do not turn on or off any electrical switches. Do not use telephones. 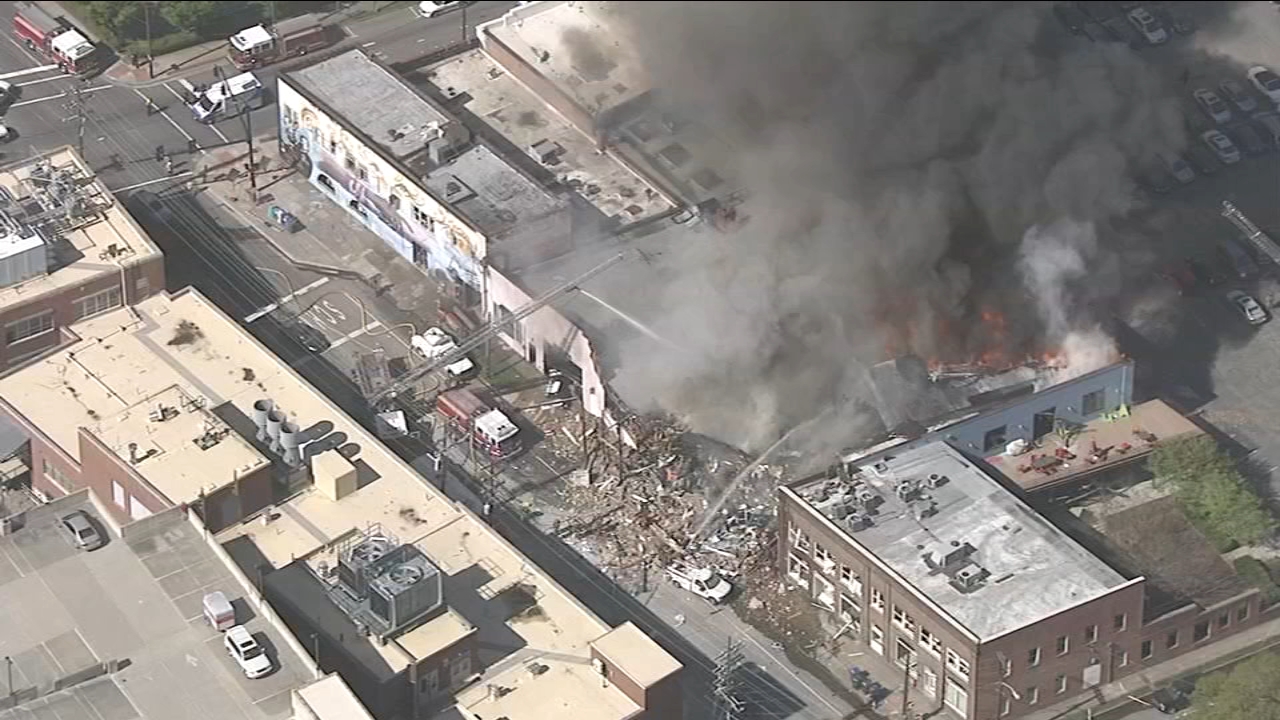 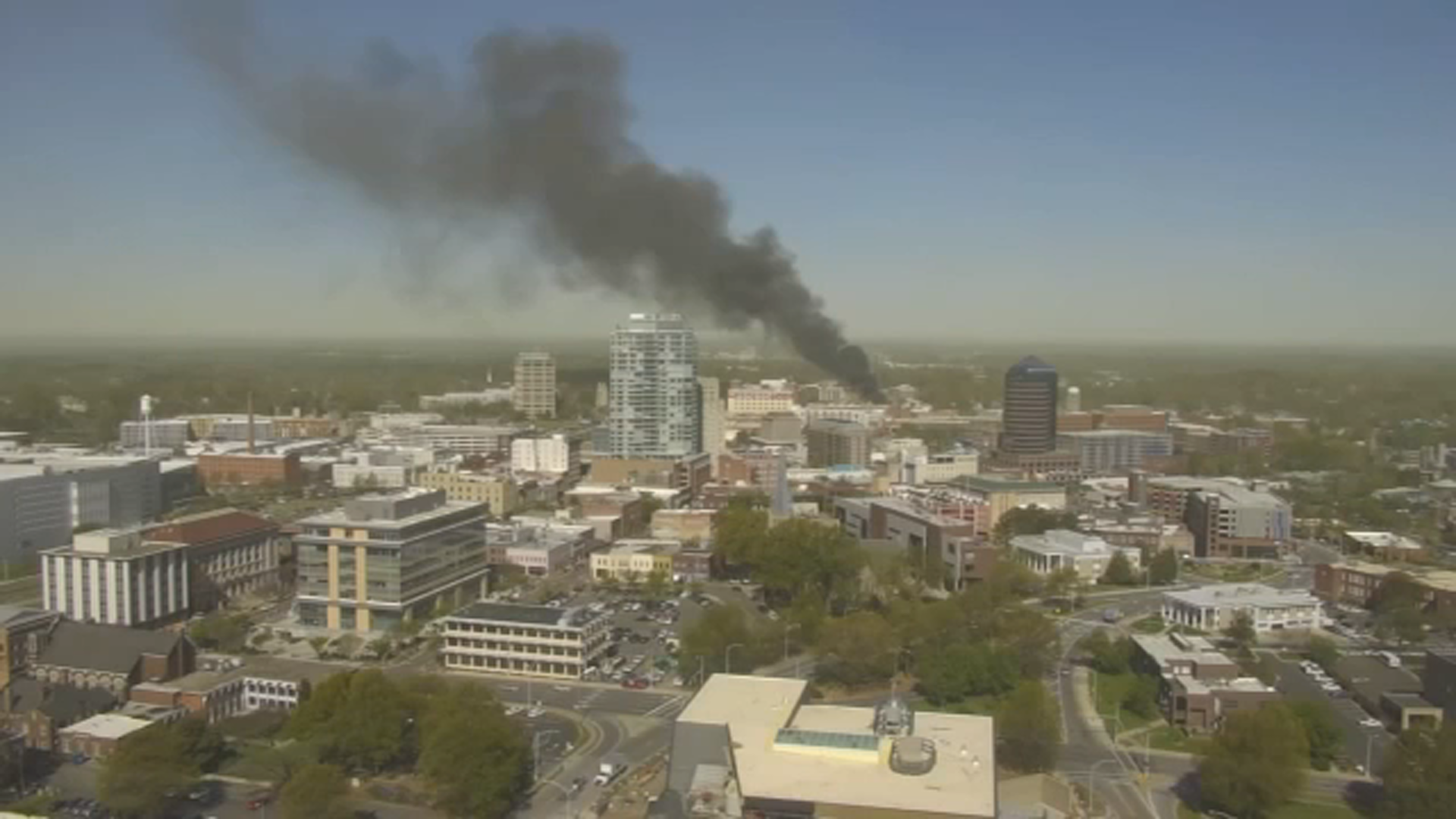 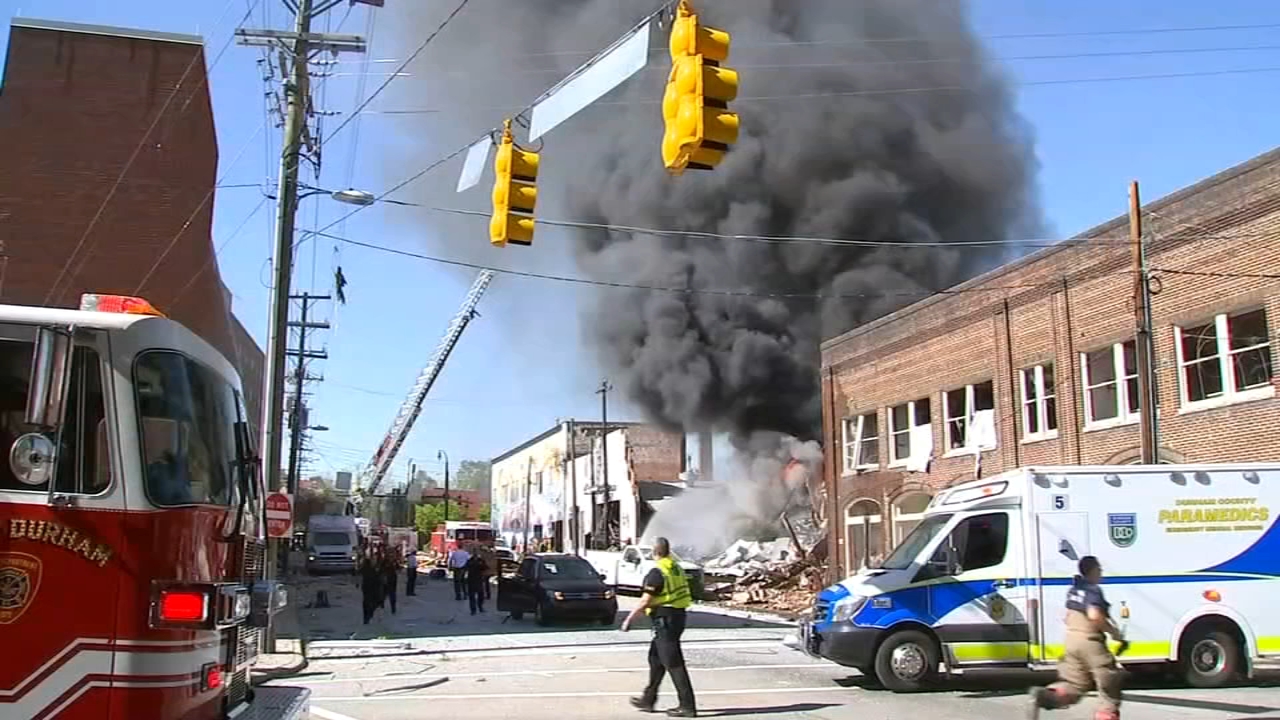 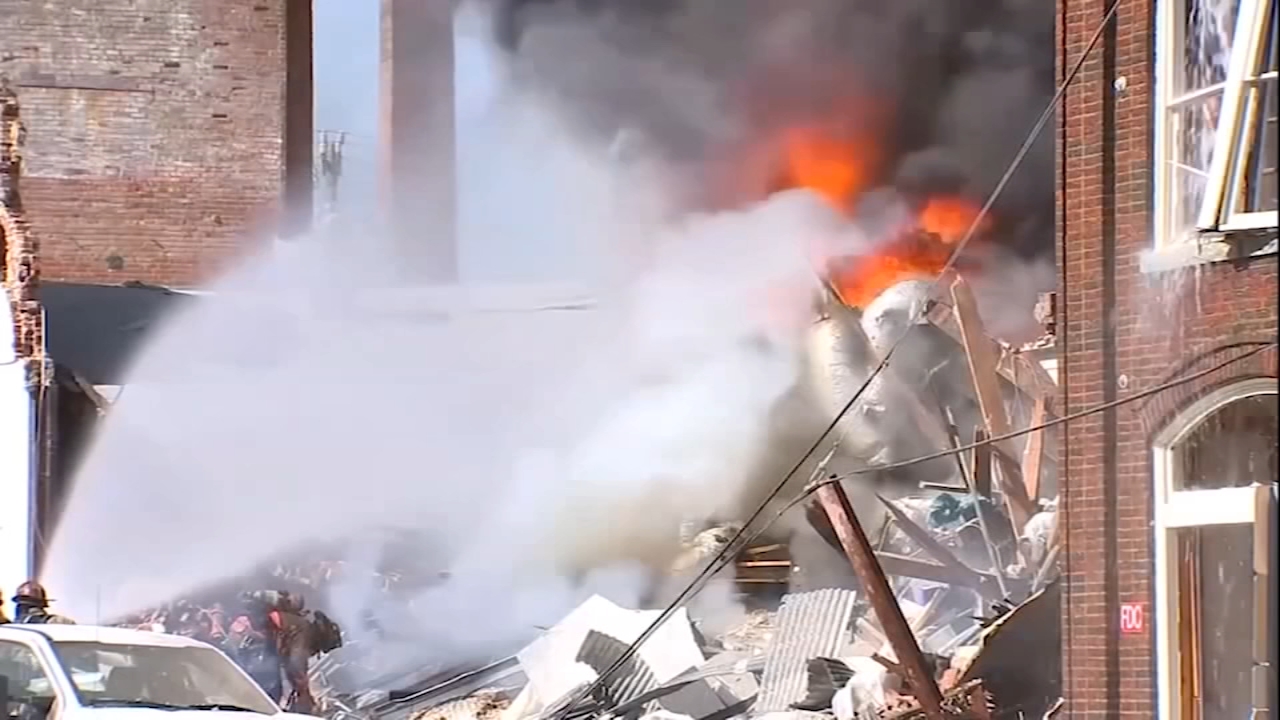