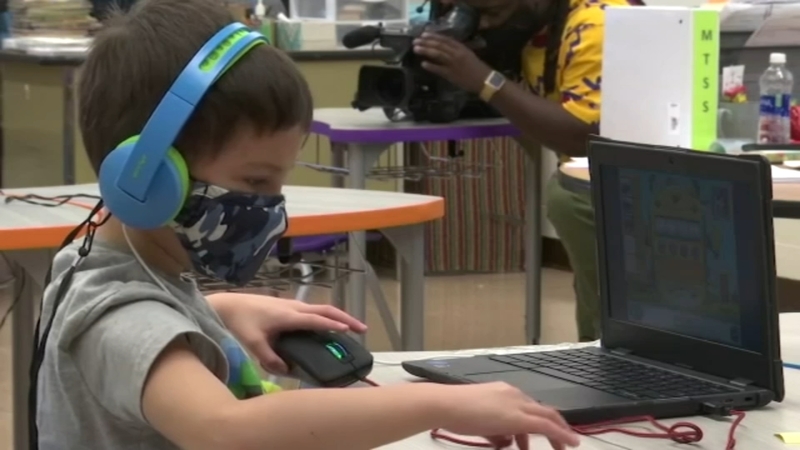 "I think the Governor, Democrats and Republicans are doing exactly the opposite of what the science says we should be doing," Trudeau said. "We're supposed to care for one another. We're supposed to live in a community."

He is less than thrilled with the news from Gov. Roy Cooper on Thursday that urges school districts to get rid of their mask mandates amid dwindling COVID-19 numbers.

Julie Page, however, is ecstatic.

This Wake County mom of two has been asking for mandates to be lifted for months.

"We never wanted to ban anything," she said. "We just don't want to mandate anything. I would think we're coming to an end with most of the mandates and the COVID requirements implemented in the last couple of years."

Students and parents went to the podium Tuesday at district headquarters in Cary and rallied, pressing the school system to go mask-optional.

Districts this entire time have had that option, but Wake County so far has not decided to lift its mandate.

"My daughter's teacher just this week tested positive for COVID. We're not out of the woods just yet," said Camille Kauer, mother of an eighth-grader in Wake County. "Just because it's no longer a law or mandated doesn't mean you have to stop doing it. My daughter said, 'I don't want people breathing on me, there's colds, there's still flu.'"

Six districts in the area decided to go optional with face masks.

Chapel Hill-Carrboro said it's going to be a while before they relax their indoor mandate.