'It's about time': Triangle businesses react to Cooper's call to end mask mandates 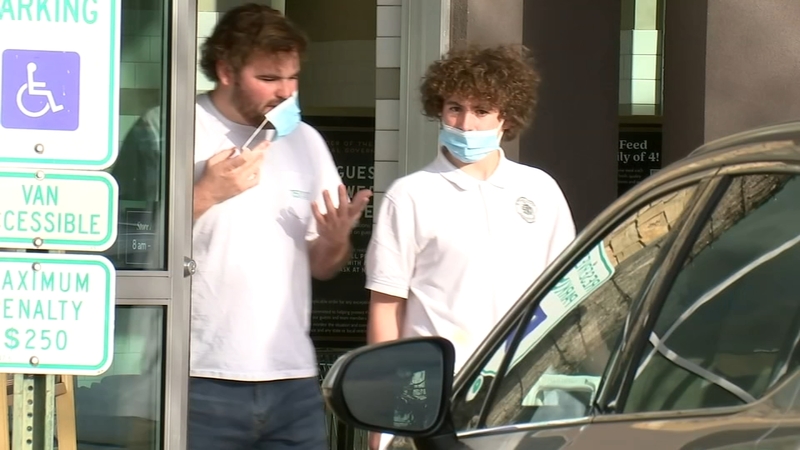 'It's about time': Triangle businesses react to Cooper's message

RALEIGH, N.C. (WTVD) -- Hours after Gov. Roy Cooper called on local governments and school districts to end mask mandates, local businesses expressed relief over not having to police masks any longer; a general comfort level with allowing customers and employees to decide for themselves.

In west Raleigh, they've been doing brisk business at Burke Brothers hardware through the pandemic.

"We have had a record two years here at the store," said Burke Brothers owner Jeff Hastings.

Sales soared at the store as customers rushed to do repairs and renovations as they worked from home. Hastings said his business followed all the early COVID-19 safety guidance: one-way aisles; separate entrances and exits; and a mask mandate.

"We made sure we were doing things the right way. Not just for the customers but also for our 13 employees. Because they're like family to us," Hastings said.

The governor's new guidance for cities, towns, and counties to do away with local mask mandates came as welcome news at Burke Brothers.

ENDING MASK MANDATES: Gov. Cooper’s call for local governments to drop the mandates comes as good news for this W Raleigh hardware store — which falls under Raleigh’s mandate but half its clientele comes from Cary which is just two blocks away. Cary dropped the mandate last Oct pic.twitter.com/D7V7bB75Pm

"I think it's about time," said customer Linda Royster. "It's been long enough now that people ought to make their own choices if they want to wear a mask or not."

Hastings hopes the governor's new recommendations help settle the mask confusion brought on by the location of his store. Burke's Brothers is in west Raleigh -- falling under the City of Raleigh's mask mandate. But it's just two blocks away from Cary town limits. Cary dropped its mask mandate back in October.

Hastings found himself in the uncomfortable spot of playing what he says was "judge and jury" with his customers.

"The guys and gals that come in here from Cary, they don't have a mask on because it's not required where they are. But then you have the people in Raleigh that believe in the mask and they're wearing their mask," he said. "The people that are not wearing the mask get upset because we're asking them to wear a mask. But the people that wear the mask don't understand that half our clientele comes from Cary."

ABC11 checked in at one downtown Raleigh restaurant on Thursday night to ask about the governor's news. The host told us the restaurant was definitely ready to start showing customers "their smiles again" -- if workers are comfortable with it. Just like customers, employees will have the option to keep the masks on.

Back at Burke Brothers, Hastings added, "We want people to do the right thing at the right time to protect their health. If it means you're wearing a mask, I respect that. If it doesn't, I respect that, too."
Report a correction or typo
Related topics:
health & fitnessraleighcaryface masksmall businesscoronavirusrestaurantscovid 19 pandemic
Copyright © 2022 WTVD-TV. All Rights Reserved.
TOP STORIES
Strong storms push into central NC bringing heavy rain, flooding
Homeless veterans get an assist from Durham's Rotary Club
Truck slams into NC woman's new home
SCOTUS makes it tougher for prisoners to argue counsel was ineffective
Shelf cloud seen in Raleigh ahead of line of storms
New NC flood monitoring system ready for next big storm
Father puts 1,000 miles on his car to find specialty formula
Show More
Student says he was told not to mention 'Don't Say Gay' law in speech
Clayton police arrest man in shooting that injured 1
More than 75,000 pounds of baby formula lands in US amid shortage
Report: Top Southern Baptists stonewalled sex abuse victims
Arby's is selling a fast-food staple it's never offered before
More TOP STORIES News