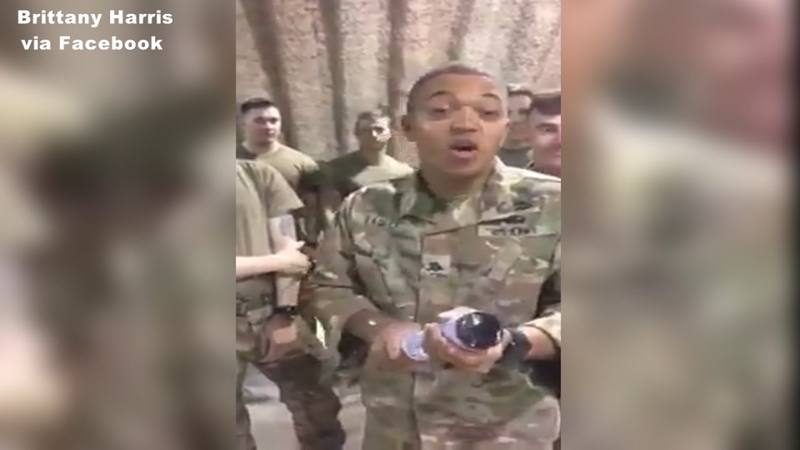 The wife of fallen Fort Bragg soldier Christopher Harris was able to reveal the gender of their baby with a little help from the 82nd Airborne in Afghanistan.

Army Spc. Christopher Michael Harris, 25, of Jackson Springs, North Carolina, died in an attack when his patrol was struck by a vehicle-borne explosive device near Kandahar.

Before Harris died, he and his wife found out they were expecting their first child.

Harris' fellow soldiers helped to make the big gender announcement all the way from Afghanistan.

"His fellow soldiers have been phenomenal and done everything they can to watch over me even from a distance," Brittany Harris told ABC11 of the men and women in the video.