Couple surprises each other with sweet double proposal 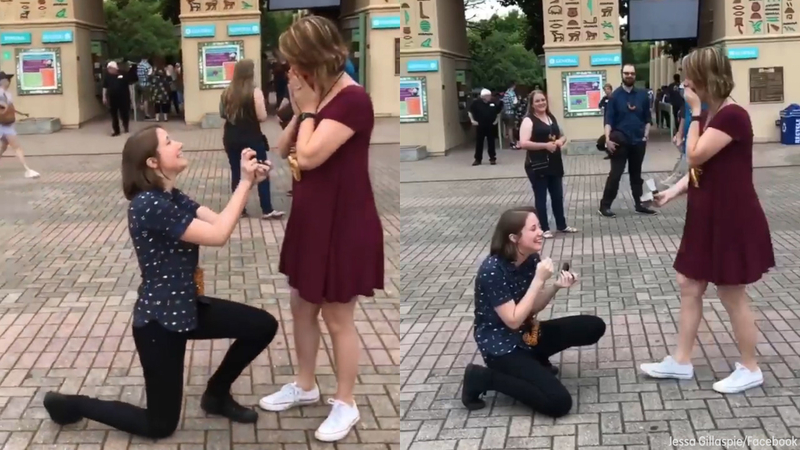 Couple surprises each other with sweet double proposal

Becky McCabe had a special surprise for her girlfriend, Jessa Gillespie, while they were spending their night at a Zoo Brew event at the Memphis Zoo.

In a video posted to Facebook, the couple is seen posing for a photo, then McCabe asks the photographer, who was actually recording a video, to take another one. She then proceeds to get on one knee and present a ring to propose to Gillespie, who was shocked and excited.

Instead of answering right away, Gillespie stepped back to retrieve something from her purse. In a total surprise to the couple, she takes out a ring of her own.

The couple is now happily engaged, and they have been overwhelmed with the positive response they have received on Facebook.