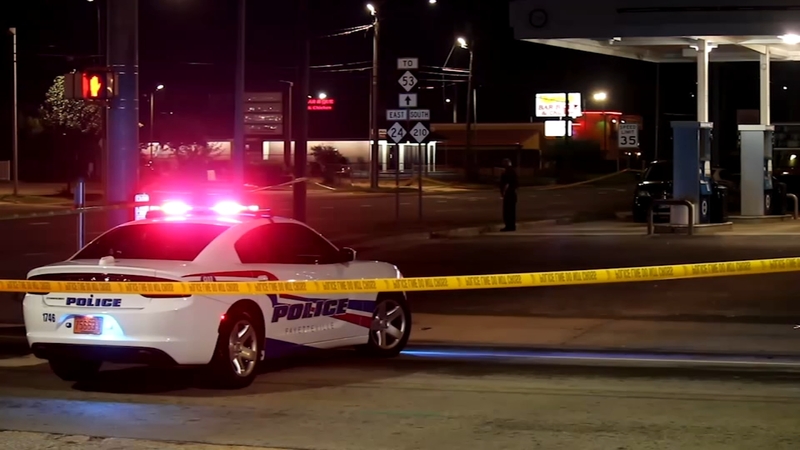 FAYETTEVILLE, N.C. (WTVD) -- Two people were hit by a car in a Fayetteville parking lot overnight, killing one and sending the other to the hospital.

It happened at Quick Stop Discount Tobacco on Grove Street around midnight.

Casey Adams, the person injured in the hit-and-run, told ABC11 he asked the driver for a ride, but the driver replied saying "not unless you have crack." When the witness said he didn't have anything, the driver got angry and started driving erratically around the parking lot.

"I wasn't really scared it was just a shock that it happened," Adams said.

Surveillance video shows a man in a yellow car driving in circles at high speed, in what appears to be attempts to run over people in the parking lot.

The owner of the store he heard the driver say he was "going to kill everyone."

Those people in the parking lot can be seen picking up objects like rakes and rocks to throw at and stop the driver.

The driver did hit one other person. That person died from their injuries.

Officers said they were investigating the case as a homicide. Fayetteville Police Department said it does not have a person of interest.