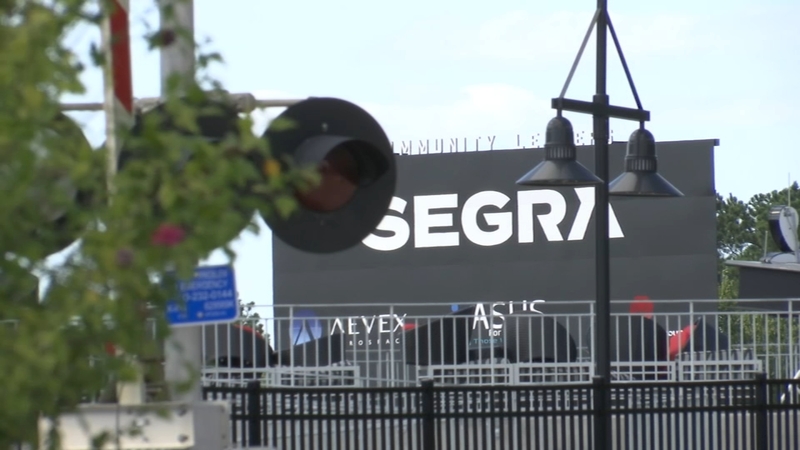 FAYETTEVILLE, N.C. (WTVD) -- The Fayetteville Woodpeckers swung for the fences and it's having an effect on business in the downtown area.

Segra Stadium, which opened up back in April 2019, has been the latest staple of growth.

Paco Gonzalez is one of the owners of a t-shirt print shop "Yellow Crayons". He and his other business partner can attest to the increase in foot traffic they've seen all baseball season.

"They'll park, I'm talking about a half mile down and then you get them all walking past here. The thing is they love to stop and shop and check out the shops," Gonzalez said.

The shop, along Hay street, has been around for two years. In that small sample size, the owners say they've seen a more than 170% jump in revenue in their second year.

"We just knew that with the new stadium coming in that it would bring more traffic," Gonzalez said.

Robert Van Geons, the President and CEO of Fayetteville Cumberland County Economic Development Corporation (FCCEDC), says the addition of the stadium will have longtime effects.

"This is without a doubt one of the most prominent investments that have been made in our community in a number of years," Van Geons said.

The economic development corporation says this surge was decades in the making, creating an environment ripe for interest and investments.

"This community is on the rise, it gets its attention. We're seeing interest from Raleigh, from Charlotte, from Ohio, from Massachusetts," Van Geons said.

"To see and watch people walk by and enjoy what downtown has to offer and just to see more shops popping up," Gonzalez said.

With a bright future ahead, the FCCEDC plans to gather more raw numbers to see the full scope of the baseball stadium's economic impact.