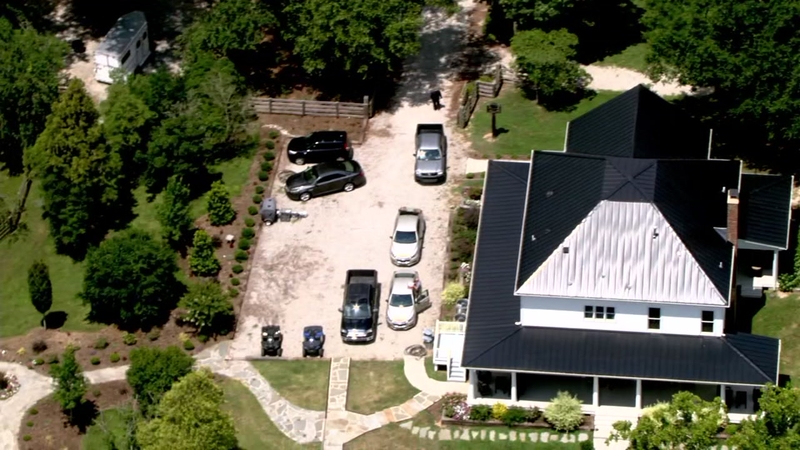 Agents were seen at the offices of a local financial advisory firm called VisionQuest Capital on E Hargett Street.

They were also seen at the home of the business owner - Stephen Peters - in the 52-hundred block of Theys Rd which is known as Whispering Hope Stables.

Chopper 11 HD captured video of agents pulling boxes and other items from the pool area and stables on the property.

A spokesperson for the FBI said they were executing search warrants as part of an ongoing investigation but did not give any other details.

Peters is CEO and founder of VisionQuest Wealth Management and VisionQuest Capital, according to the company's website.

The firm also has locations in Charlotte and Richmond, Virginia.

The owner of the building on E. Hargett St. told ABC11 Peters moved into the space five years ago.

He called the secrecy of the operation unusual and said Peters changed the locks and put up his own security cameras.

ABC11 reached out to Peters by phone and email. We have not heard back.