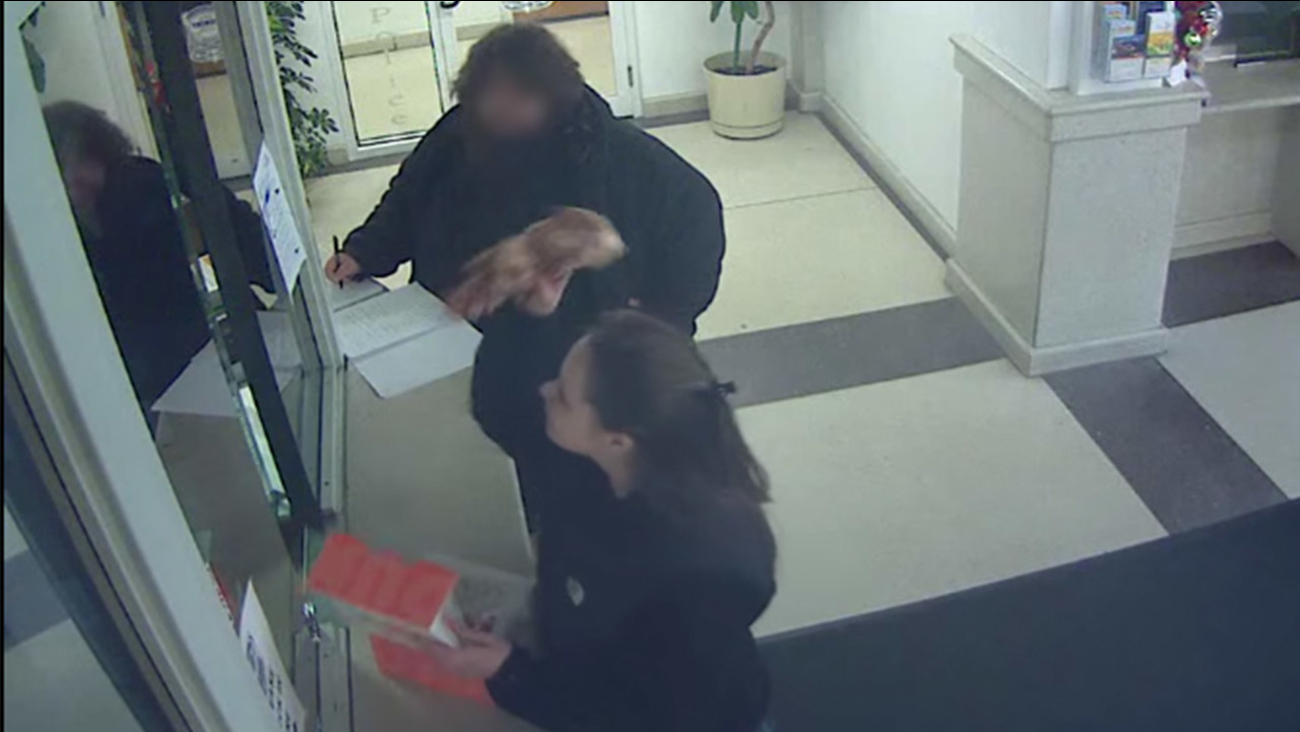 FRAMINGHAM, Mass. -- New police surveillance footage has surfaced of an Ashland woman throwing bacon and sausage at police, saying God told her to go "feed the pigs." Watch below.

Lindsay McNamara, 24, was arrested in late December last year after being accused of throwing raw bacon and sausage at a dispatch officer inside the Framingham Police Department station, according to ABC affiliate WCVB.

In the video, McNamara is clearly seen throwing raw meat at the dispatch office window as a bystander watches on, unfazed.

"She walked into the lobby and was carrying a Dunkin' Donuts box, walked up to the window, when the officer greeted her asked if he could help her she said 'I'm here to feed the pigs,'" Framingham police Lt. Harry Wareham told WCVB.

The glass window, however, shielded the officer from being splattered. After McNamara had depleted her stock of meat, she dropped the box as officers approached, and allowed herself to be handcuffed.

"It's clear she may need help," Wareham said.

McNamara chose to represent herself in court after being arrested earlier that day.

The judge postponed McNamera's initial arraignment pending the outcome of a mental evaluation. McNamara's next court date is set for Feb. 9, and has been released into her parents' custody.