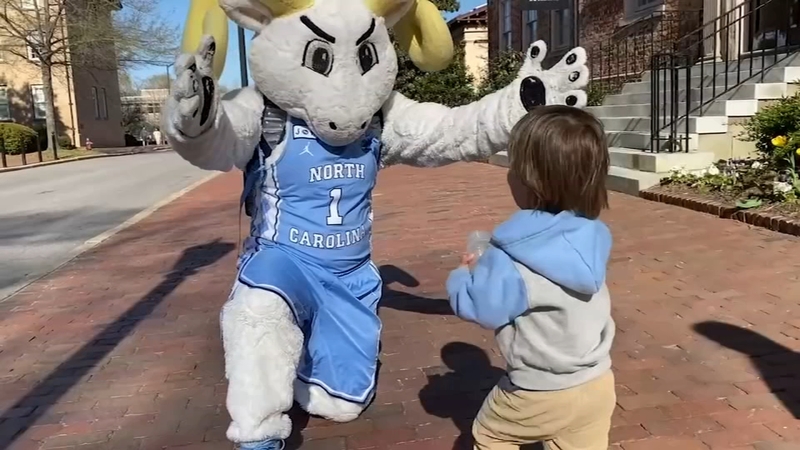 While springtime in the college town draws many to the Old Well for pictures in front of the iconic backdrop, seniors in their caps and gowns and couples in their spring formal best have one thing on their minds: the chance for another Carolina victory over the Blue Devils.

"I think my class, 2022, we felt maybe a bit down because a lot of things got taken away so it's really special that we get to be part of a historic moment," said Chiazo Agina, a UNC Senior who was taking graduation photos in the heart of campus.

First-year student Sophia Gallo was sporting her new Final Four hat she bought at Student Stores on campus, one of the last before the shop sold out.

Excitement builds in Chapel Hill, Durham ahead of the showdown between Duke and UNC. Andrea Blanford and DeJuan Hoggard report.

"It's so cool and exciting and I'm really lucky to be a part of it," she said of being on campus for the historic Final Four rivalry matchup.

Chapel Hill Police are warning anyone wanting to be downtown for the big game needs to get there well ahead of tipoff on Saturday.

There will be no street parking on Franklin Street starting Saturday afternoon in the event police need to close the street following the game.

Heyyy! I know you! It’s officially #FinalFour weekend in the Thrill. pic.twitter.com/2vfrRMBuJZ

Chuck Edwards, UNC Class of 1973, enjoyed taking a stroll through campus Friday where even mascot Rameses was spotted taking photos with fans.