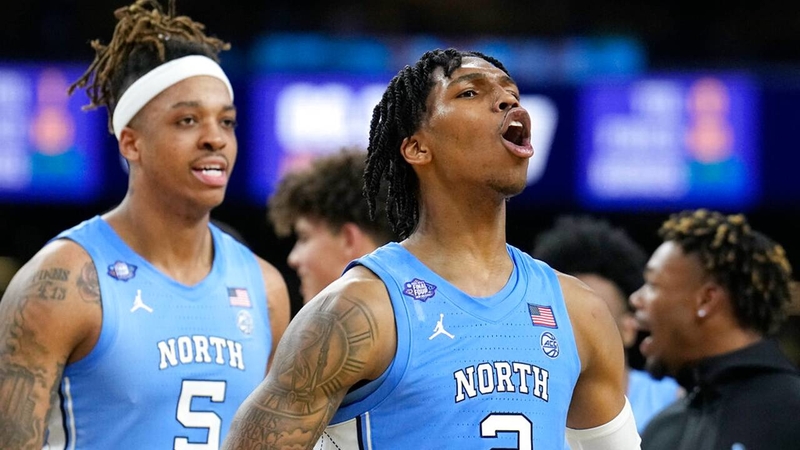 After two back-and-forth halves, the Tar Heels ended any chance of a fairy-tale ending for Krzyzewski with a 81-77 win. This victory came just weeks after UNC spoiled Coach K's home finale.


After scoring just six points in the first half, UNC's Caleb Love picked up the pace in the second and led the game in scoring with 28 points.

Armando Bacot was also a big contributor for the Tar Heels with 21 boards. He became the first player with a 20-rebound game in the Final Four since Kansas' Nick Collison in the 2003 title game.

Speaking of, UNC will meet the Jayhawks for the national championship.

Those on both sides of the Duke-UNC rivalry weighed in on social media after the final buzzer:

Mannnnnn stop playing with that perfect shade of BLUE!!!!🐑 pic.twitter.com/mWf8fPqGLB

Don’t ever call us out!! BECAUSE WE BOUT THAT ACTION!!!!

I was at the Smith Center in February when Duke dubbed us by 20. The fact we’re here right now is a testament to the will & desire of these kids & Coach HD. Unbelievable growth. Damn proud to be a TarHeel tonight! #GDTBATH #GOHEELS

OH MY DAYS… THIS IS THE GREATEST DAY OF MY LIFE!!!

WE’RE OFF TO THE NATIONAL CHAMPIONSHIP!!! LETS GOOO!!! pic.twitter.com/MHhFnaNMXS

We goin to the SHIP! What a win! @caleb2love is a bad bad man!