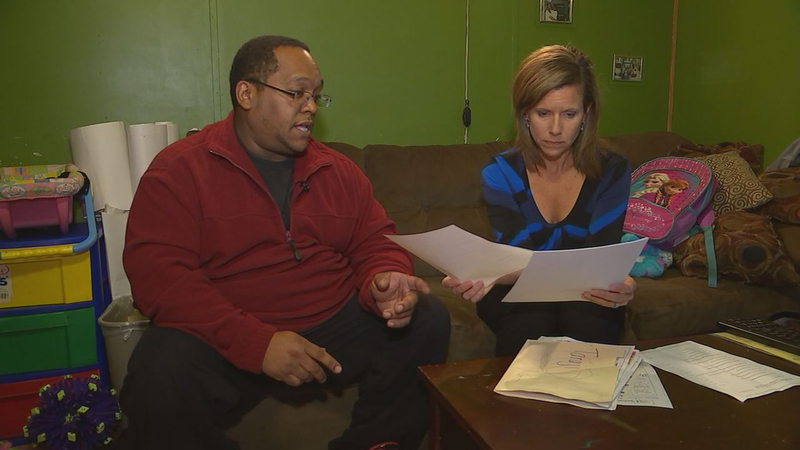 KITTRELL, N.C. (WTVD) -- Once you pay off the debt, you expect not to hear about it again. But Fredrick Burwell was shocked when he was charged again for a debt that he says he paid off 9 years ago.

The debt happened back in 2006. Burwell says he was sent a check to cash and then wire back the majority of the money. When he cashed the check he thought it was good, but days later he learned it was actually a bad check. Fredrick realized he had been scammed. Fredrick ended up owing Bank of America the amount the check was cashed for. Fredrick says he made some payments to Bank of America and then in February of 2006 paid off the entire debt.

"When I paid the money, I asked the cashier to write down that I made the payment and who she spoke to, and she stamped it her teller number and the date when it was paid," Fredrick said.

He kept the proof for nine years and never thought much about it until the IRS took a portion of his tax return because he says Bank of America sent in a cancellation of debt request.

"They took $1,377 from me because of what Bank of America did," Fredrick said.

He said he went to the bank and showed them the proof that he already paid off the debt years ago.

"For all these months, I've been going back and forth with them. They have been sending me to different people," Fredrick said. "They wouldn't do nothing, but when you called them, they want to pay me the money back."

Once Fredrick got me involved, he heard from Bank of America and got the money back.

"I'm just glad I called you and I hope that I can call you again for something, because you made that one phone call and everything was handled. It was resolved, just like that," Fredrick said.

After I got in contact with Bank of America, they worked directly with Fredrick to resolve his issue.

It is always wise to get proof of any debt you paid off and to keep records of it.