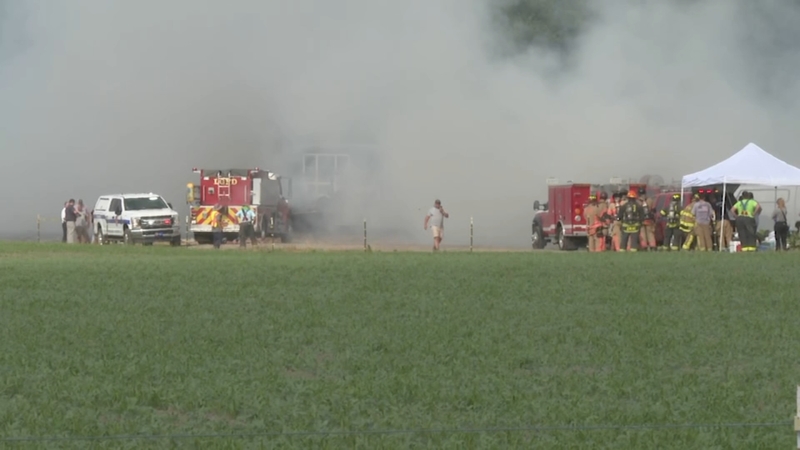 LA GRANGE, N.C. (WTVD) -- A brush fire on a North Carolina farm caused fireworks to explode inside a container where they were stored, killing one person and injuring three firefighters on Friday afternoon, authorities said.

Lenoir County Emergency Services Director Murry Stroud said that one person was confirmed dead from the afternoon blast and three firefighters were hurt, one of them in critical condition.

Stroud said firefighters were dispatched to put out a reported brush fire at a farm at 4871 Bulltown Road in La Grange as flames were approaching a building containing commercial-grade fireworks.

He said fields were being burned off when the fire spread and detonated the fireworks stored in a container.

The three injured firefighters were taken to ECU Health Medical Center in Greenville. Two of them have been released.

The third firefighter was more seriously injured and was taken to the NC Jaycee Burn Center in Chapel Hill for further treatment.