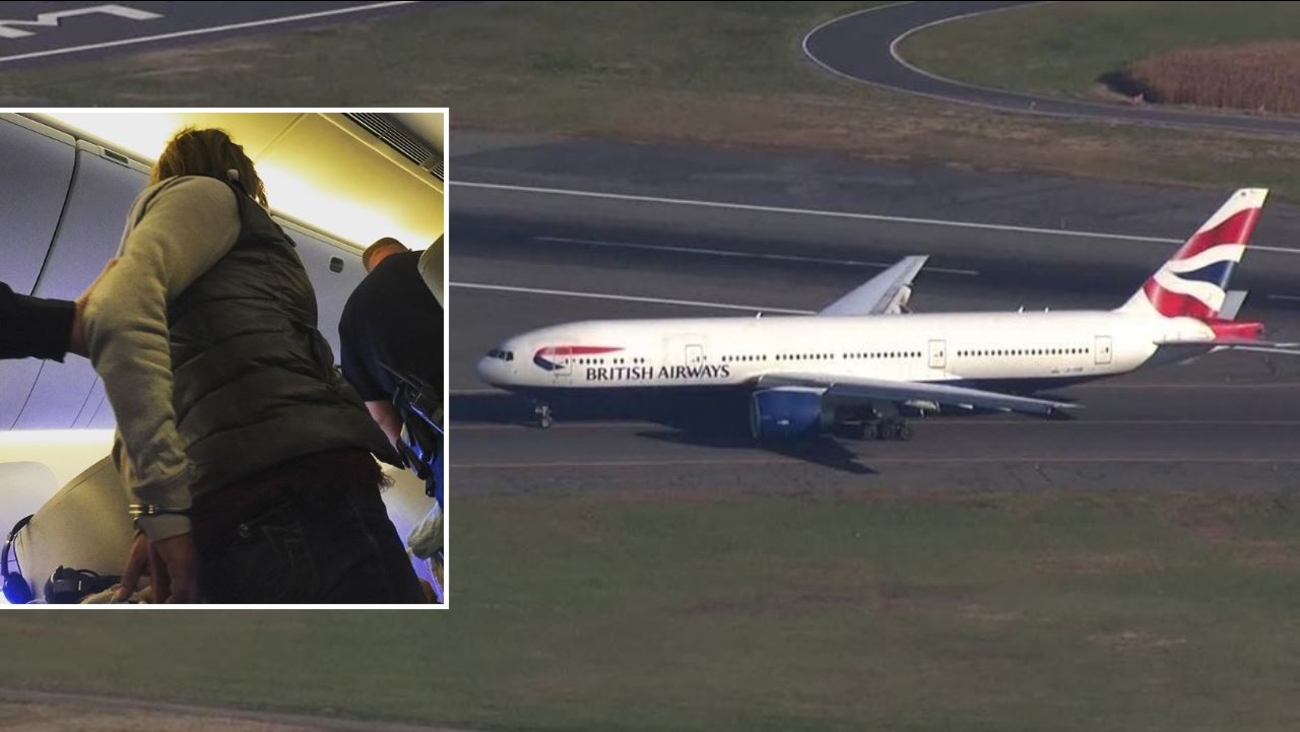 BOSTON -- A passenger on board a plane heading to Boston has been restrained after trying to force one of the plane doors open, an airline spokesperson said.

The incident happened on British Airways flight 213. The plane was traveling from London to Logan International Airport.

The spokesperson for British Airways said, "a disturbed and unruly passenger tried to force one of the doors on the plane, but NOT the cockpit door. The flight lands at 1:30 est in Boston and will be met by state police."

According to the airline, it was an exit door. This triggered a "Level 2" alert, which means there was violence on the plane.

The passenger, who WCVB reports is a woman, has since been restrained and the cockpit is secure.

The flight landed at about 1:30 p.m., and was met with police, including the Massachusetts State Police:

And troopers have released more details about the passenger:

And the investigation found that the passenger was intoxicated:

Investigation determines passenger was intoxicated, tried to open EXIT door, not cockpit door. No known nexus to terrorism at this time.


The airline has since released this statement:
"Our customers and crew deserve to have a safe and enjoyable flight and we do not tolerate abusive behavior. Our crew have requested that police meet the flight in Boston due to an unruly customer on board."