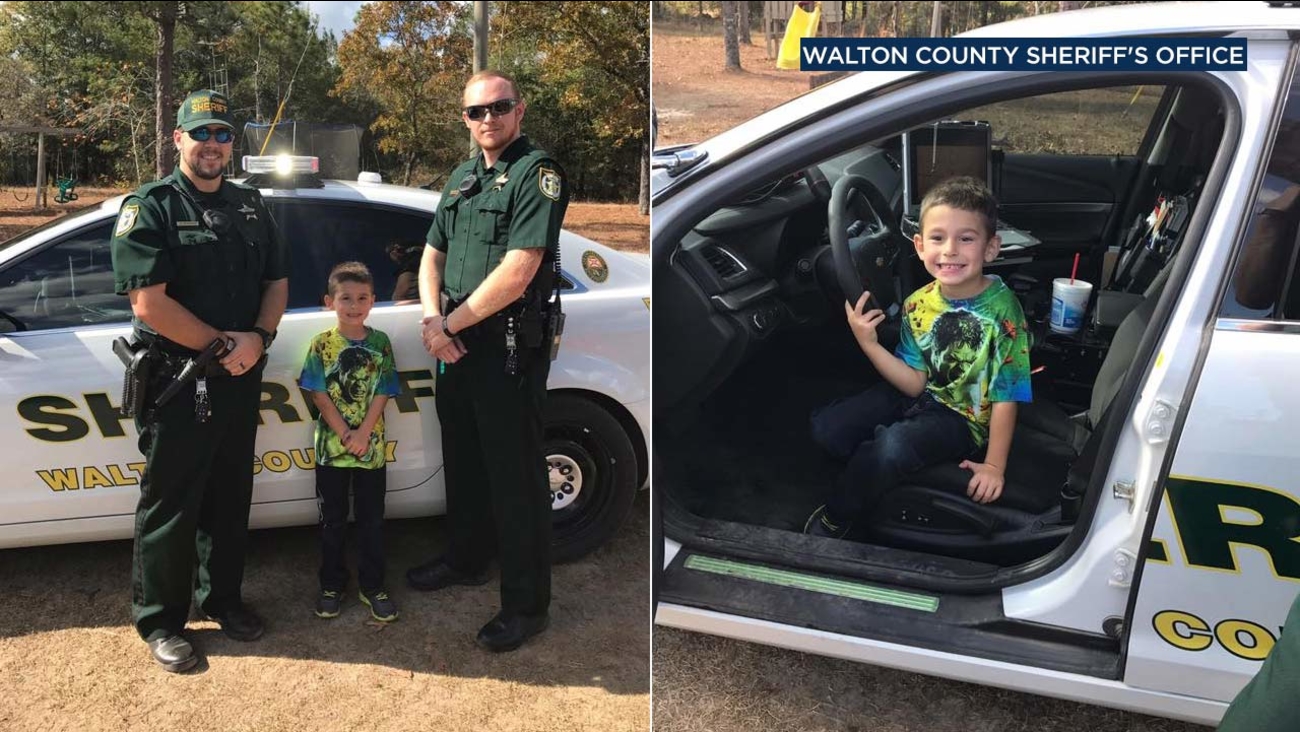 WALTON COUNTY, Florida -- A 911 dispatcher in the Florida Panhandle received an unusual -- albeit heartwarming -- call from young resident on Thanksgiving Day.

According to the post, a boy named Billy called 911 Thursday afternoon "to invite WCSO staff/deputies to come eat Thanksgiving dinner with he and his family."

Considering most calls that 911 dispatchers receive are from people in a state of distress, the call was a pleasant aberration.

"With all the bad calls we take on a daily basis this one was a welcomed happy call that made all of us smile," lead communications officer Monica Webster told ABC News.

Billy was paid "a special visit" by deputy Damon Byrd and deputy Aaron Ethridge, who gave him a sheriff's badge.

Even better? The deputies allowed him to sit in their patrol cars.

The Facebook post concluded, "While we do not encourage this use of 911 ... we are so honored at the invitation. Thank you Billy for making all of our days here at WCSO. Love What Matters #LoveWhatMatters."