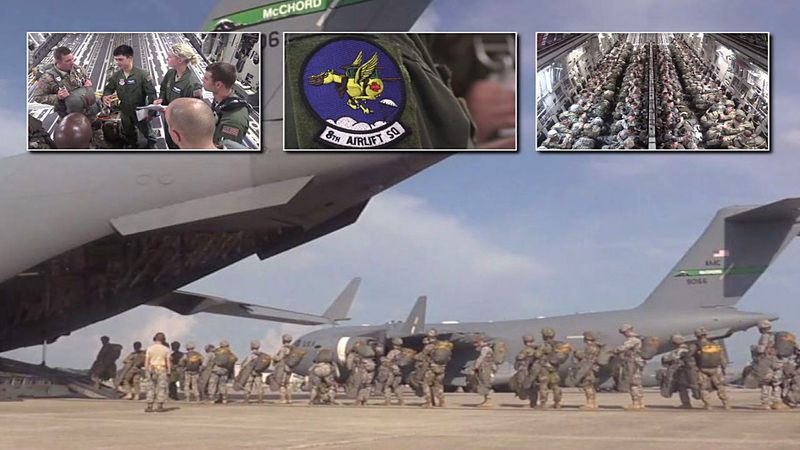 The soldiers are expected to deploy to Kuwait, and could be involved in operations in both Iraq and possibly Syria.

Wednesday's announcement is no surprise for the roughly 2,600 soldiers in the 2nd Brigade Combat Team.

More than 1,800 2nd Brigade troops are already on the ground in Kuwait and Iraq. They left here late last year to advise and assist Iraqi troops.

"The remainder of the brigade will be leaving Fort Bragg, going to Kuwait to be postured there to do all things Mosul, Raqqa, all in between," said Lt. Gen. Joseph Anderson, U.S. Army deputy chief of staff.

The troops are ready for the mission, an Army spokesman said.

"The 82nd Airborne Division is ready to jump, fight and win on behalf of our nation and her interest," said 82nd Airborne spokesman Col. Joe Buccino on Wednesday. "So too, is Falcon Brigade. 2nd Brigade Combat Team is well-trained and well-led."

There is no official word yet on when the 2nd Brigade team will actually deploy for this mission.