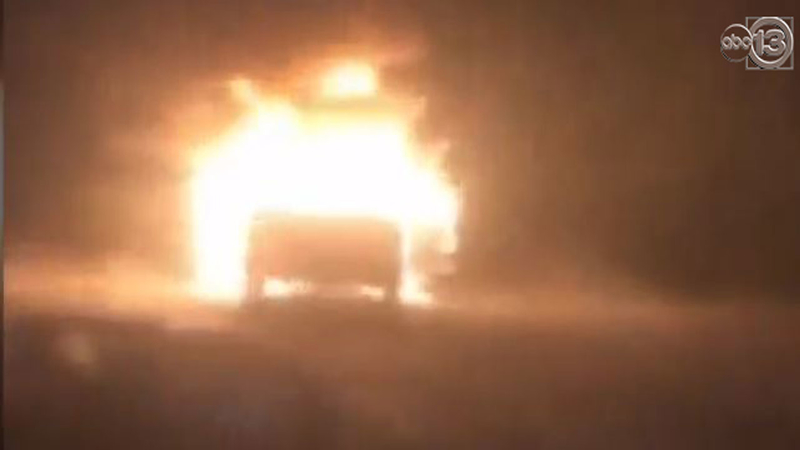 HOUSTON, Texas -- Authorities said a family of four, including two children, are in the hospital after a major car fire that was sparked by a road rage shooting in Texas.

The incident happened Thursday around 9:30 p.m.

Authorities said the father got into some sort of argument with a person who pulled out a gun.

Officials said the father tried to drive off but the gunman shot at the car, which set off fireworks in the vehicle, causing it to catch fire.

The two children, a 1-year-old and 2-years-old, suffered extensive burns and are in critical condition. The condition of their parents is unknown.

HCFMO investigators are on a scene involving a vehicle fire that occurred after a road rage shooting incident. 2 children and 2 adults were burned. Burns occurred when fireworks inside the car went off due to the gun shots. More info when available. #hounews pic.twitter.com/4RGxZiTK1M

Investigators said some good Samaritans came to the rescue to help the family to an ER clinic.

The shooter took off in a newer model Ford Expedition with possibly a woman and two other people.