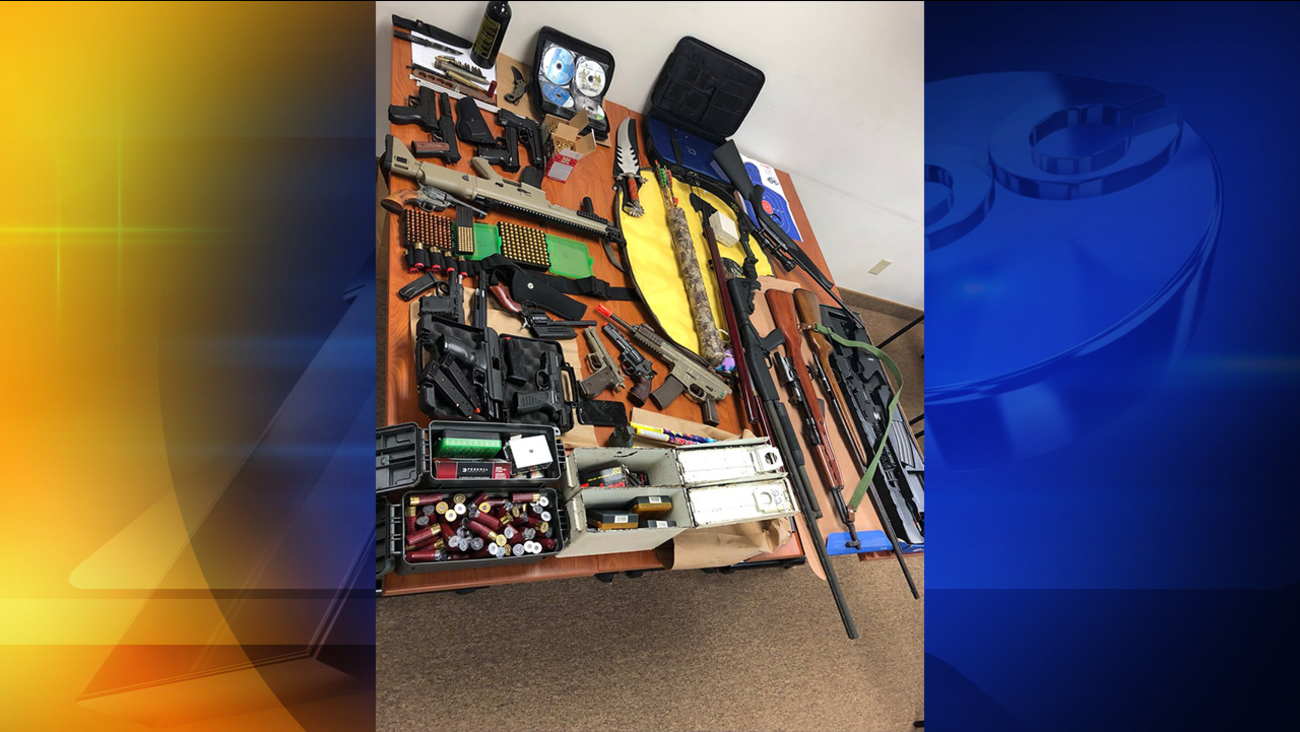 MACON COUNTY, NC -- A Franklin High School student who is in custody after allegedly writing a "hit list" of 11 peers has been charged with communicating threats and threatening an executive, legislative, or court officer.

According to warrants obtained by WLOS, a deputy responded to Union Alternative School to speak with a school resource officer (SRO) about a hit list the SRO had obtained from another student.

PHOTO: Items found in bedroom of NC student who wrote 'hit list'
Two Franklin High School students are in police custody after allegedly writing a "hit list" that included the names of 11 students and the principal, according to a WLOS report.

Officials said the SRO told the deputy the student had obtained a hit list his girlfriend had taken from a Franklin High students backpack's while they were on the bus.

The student was concerned about the hit list and told the SRO that the student who had it in his backpack had "access to several guns and knows how to use them."

Records also suggest the student made a second list with the names of 14 students, including the name of the student who had come to the SRO with concerns. It was labeled "Hit List #2."

The deputy and SRO then left Union Alternative and traveled to the school and brought the student to the office.

Warrants said that while on the way to the office, the accused student "stated that he had every intention of causing harm to the people on the 'Hit List'."

Authorities then confiscated the student's bookbag and searched it. The search revealed a "small black journal" containing "Hit List #3."

The third hit list named some of the people on the second list and also had some new names.

On May 1, the Macon County Sheriff's Department released a photo of the items found in the bedroom of the student who created the list.