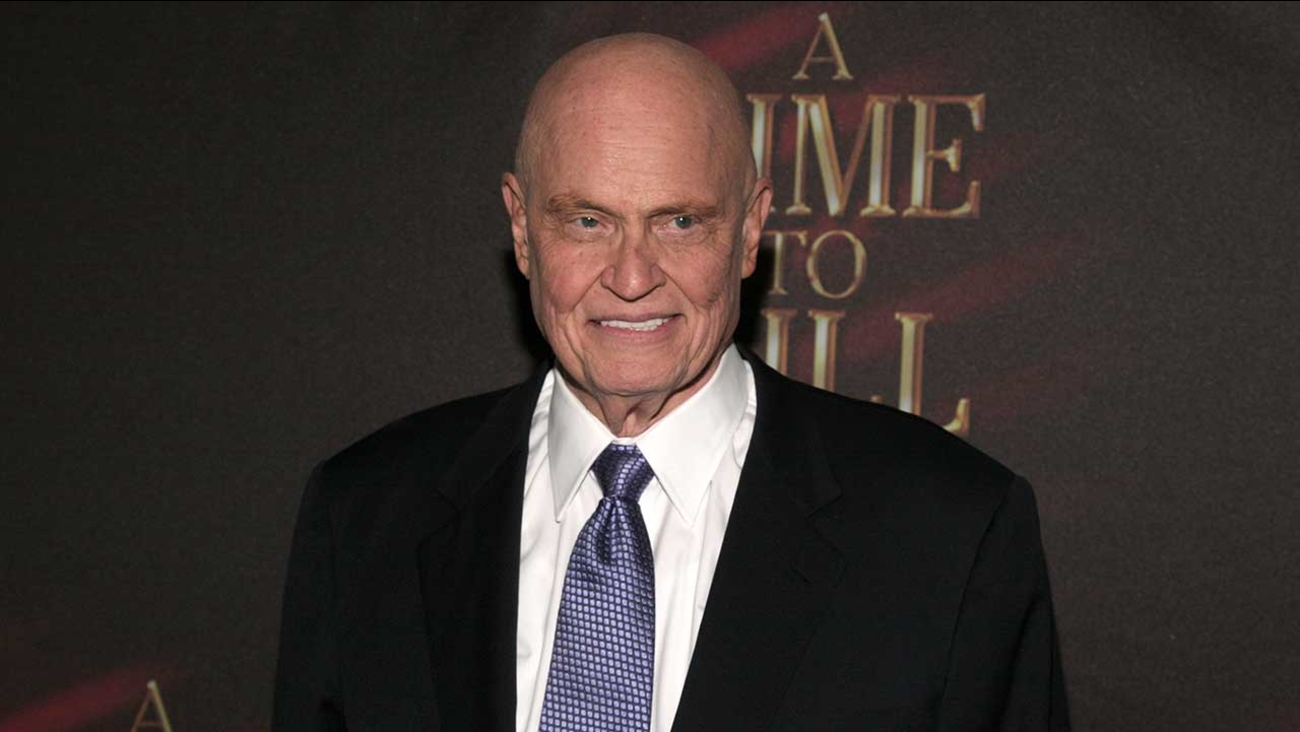 Actor and politician Fred Thompson attends the opening night party for "A Time To Kill" on Broadway on Sunday, Oct. 20, 2013 in New York. (Photo by Andy Kropa/Invision/AP)

NASHVILLE, Tenn. -- Fred Thompson, a folksy former Republican U.S. senator from Tennessee who appeared in feature films and television including an outsized role on "Law & Order," died Sunday, his family said. He was 73.

At 6-foot-6 with a booming voice, Thompson appeared in at least 20 motion pictures. His credits include "In the Line of Fire," ''The Hunt for Red October," ''Die Hard II" and "Cape Fear." By the early '90s, Thompson said he had become bored with his 10-year stint in Hollywood and wanted to enter public service. That's when he headed back to Nashville and launched his Senate campaign.

A man of varied roles on and off the screen, he was a lawyer by training and once served as a committee counsel during the Senate Watergate hearings.

The family statement said Thompson died in Nashville following a recurrence of lymphoma.

"It is with a heavy heart and a deep sense of grief that we share the passing of our brother, father and grandfather who died peacefully in Nashville," it said. "Fred was the same man on the floor of the Senate, the movie studio, or the town square of ... his home."

Thompson alternated between politics and acting much of his adult life. Once regarded as a rising star in the Senate, he retired from that seat when his term expired in January 2003. "I simply do not have the heart for another six-year term," Thompson said in a statement then. "Serving in the Senate has been a tremendous honor, but I feel that I have other priorities that I need to attend to."

Yet again he returned to politics in 2007 by announcing he would seek the Republican presidential nomination. But he dropped out in January 2008 after faring poorly in early caucuses and primaries. "I hope that my country and my party have benefited from our having made this effort," Thompson said afterward.

After leaving the race, he briefly sought support to become chairman of the Republican National Committee but gave up that quest after a few months.

Thompson took stock of his life after the January 2002 death of his daughter, Elizabeth Thompson Panici, 38, following an accidental prescription drug overdose.

Thompson's rise to the Senate was atypical. He had never before held public office, but he overwhelmingly won a 1994 special election for Al Gore's old Senate seat after connecting with voters. In 1996 he easily won a six-year term.

Thompson's key prop was a red pickup truck that he used to crisscross the state throughout the campaign. In the end, Thompson captured 60 percent of the vote against then-Democratic Rep. Jim Cooper.

"He's got a little pizazz, he's got a sense of purpose and he's got an independent streak," Lamar Alexander said shortly after winning election to succeed Thompson in the Senate.

Alexander, the Republican senator, said Sunday of Thompson: "Very few people can light up the room the way Fred Thompson did. He used his magic as a lawyer, actor, Watergate counsel, and United States senator to become one of our country's most principled and effective public servants."

The son of a car salesman, Thompson was born in Sheffield, Ala., and grew up in Lawrenceburg, Tenn., where he was a star athlete. He was 17 when he married Sarah Lindsey. The couple, who divorced in 1985, lived in public housing for a year as newlyweds.

Thompson graduated in 1964 from Memphis State University - now the University of Memphis - and earned his law degree from Vanderbilt University in 1967. To pay for school, he worked at a bicycle plant, post office and motel.

Thompson went on to become a lawyer in Nashville. In 1969, he became an assistant U.S. attorney, then volunteered in 1972 to work on the re-election campaign of former Republican Sen. Howard Baker. A year later, Baker selected Thompson to be chief minority counsel on the committee investigating the Watergate scandal.

Afterward, Thompson returned to Tennessee and represented Marie Ragghianti, the head of the Tennessee Parole Board who was fired in 1977 after exposing a pardon-selling scheme.

Ragghianti won reinstatement and her case was made into a 1985 movie titled "Marie," based on the 1983 book "Marie: A True Story," by Peter Maas. The producers asked Thompson to play himself, and the role launched his acting career.

Thompson once called the Senate a "remarkable place" but, like Hollywood, said there was "frustration connected with it."

He said he was disappointed the Governmental Affairs Committee didn't get more time in 1997 to investigate the fund-raising practices of the 1996 presidential election.

Some thought his high-profile role as chairman of the hearings could launch a presidential bid. That did not materialize in 2000 after the hearings were dismissed as political theater.

"They ran me for a while and then they took me out of the race, and all the time I was kind of a bystander," Thompson said in 2002 about speculation over his presidential prospects two years earlier.

Nevertheless, he won praise from some for his commitment to better government.

"He has a real dedication to a lot of the nuts and bolts government reform issues that others just don't care about," Norm Ornstein, a political analyst at the American Enterprise Institute, said then.

Just before leaving the Senate, Thompson said too much time was spent on meaningless matters and partisan bickering. "On important stuff, where the interests are really dug in on both sides, it's extremely difficult to get anything done," Thompson had told AP at the time.

In 2007, he portrayed Ulysses S. Grant in the TV movie "Bury My Heart at Wounded Knee."

After retiring from politics, Thompson hosted a conservative radio talk show between 2009 and 2011 and became a TV advertising pitchman for a reverse mortgage financial company.