Playing Alice on the Freeform show has changed Sherry Cola's life and now she wants to be a role model for other young girls.
OTRC
By Andrea Lans 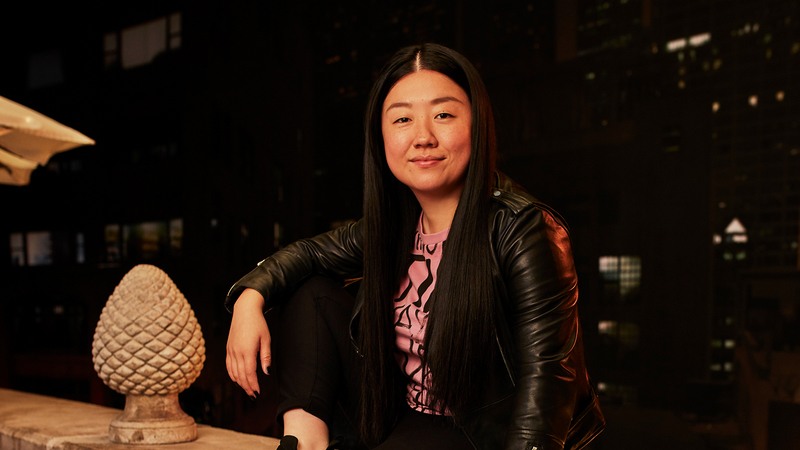 Comedian Sherry Cola plays lesbian and aspiring stand-up comic Alice Kwan on "Good Trouble," a spinoff of "The Fosters." Over the past two seasons we've watched her character grow both in confidence and self-acceptance.

Now that the show is on hiatus, Cola is using this time of self-isolation to speak out about issues important to her. The actress stresses that it's more important than ever to use the internet to spread positive messages of acceptance and is on a mission to "break stereotypes."

"As an Asian queer woman, I'm trying to be loud on the internet and do what I can to show pride in many ways," Cola said.

Like many of us in self-isolation, Cola says that her character was used to being cooped up in her apartment but finally found her niche through friends and her passion for comedy.

With the status of the fall school season up in the air, Cola wants to help LGBTQ+ youth who don't feel accepted at home and are lacking necessary interactions with their peers and queer community. The actress hopes kids can find comfort in "Good Trouble" and its diverse representation of the queer community.

At the end of Season 1 Alice came out to her parents, whom she felt would shun her because of their cultural traditions. Ultimately, Alice's coming out was a positive experience resulting in her parents fully embracing her identity.

"Being an Asian queer girl -- these stories were never on the screen and that's what perpetuated the narrow-mindedness," Cola said of the stereotype surrounding "traditional" immigrant and Asian families.

While the 30-year-old comedian wants to be a role model to other Asian and queer girls, playing Alice has drastically changed her life as well.

"Booking Alice on 'Good Trouble' actually influenced me to come out to my mom as bisexual," Cola said.

"There [are] Asian girls in my DM's that are feeling seen and love my character," Cola continued. "This is what it's about. Why not open up that conversation?"

You can stream Seasons 1 and 2 of "Good Trouble" on Hulu.