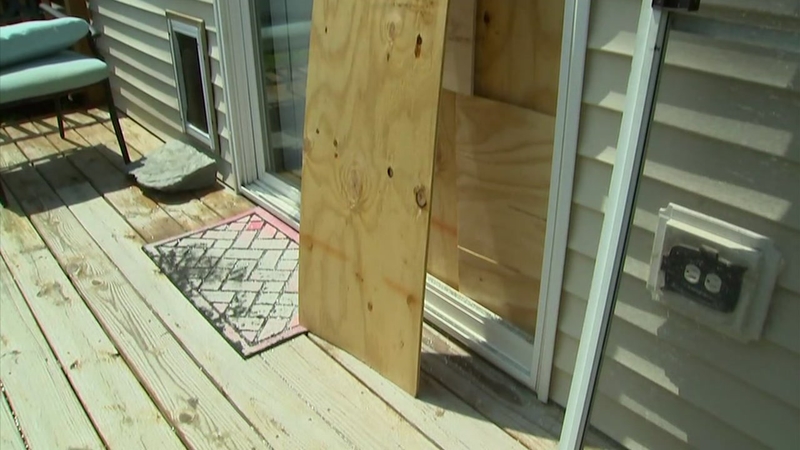 Garner Police said there have been 13 breaking and entering reports since July 1.

GARNER, NC (WTVD) -- Garner Police said there have been 13 breaking and entering reports since July 1.

While not considered an uptick, police are reminding residents to be on the lookout for anything unusual, whether that's vehicles or people.

Victims said the break-ins have happened in broad daylight, even when people are home.

"I was right here on the other side of the door when I saw somebody in dark clothing standing right here," said Jason Jordan.

Jordan said a man was about to force his door open with a screwdriver.

"When I opened the door up he was gone, he was booking it," Jordan said.

Jordan said he chased the man down South Wade Avenue in Garner but soon returned home to his son.

Jordan's mom Laura McKnight wasn't home when this happened about two weeks ago but she said she's worried.

"The biggest concern is maybe that person was here to do harm," McKnight said. "It's just odd with there being cars here and late at night, porch light on, that somebody would just be so bold and brazen as to want to come in."

Garner Police have arrested people in four of the break-ins and are still investigating the other nine.

On Oakton Ridge Place, a woman told ABC11 thieves smashed her back sliding glass door, broke into her home and took off with necklaces, a wallet and cash just a few days ago.

Her neighbor shared surveillance video with ABC11, of who they think did it.

The video shows a silver sedan circling the culdesac a few times. Then, it backs into a driveway.

Two people approach one home and then move to the home next door. They appear to go in and are joined by a third person. Minutes later, the three take off in the silver car. All of this happened in broad daylight.

"Typical MO is they're going to ring doorbell and see if anybody is at home," said Capt. Joe Binns of the Garner Police Department. "If nobody is at home they'll go around to the back side of the house and find a point of entry back there."

Captain Binns has recommended installing a camera or alarm, getting to know your neighbors and not hiding a key.

"People do that because they're afraid of locking themselves out but you hide a key, somebody sees where that key is and that just makes it that much easier to access your house," said Capt. Binns.