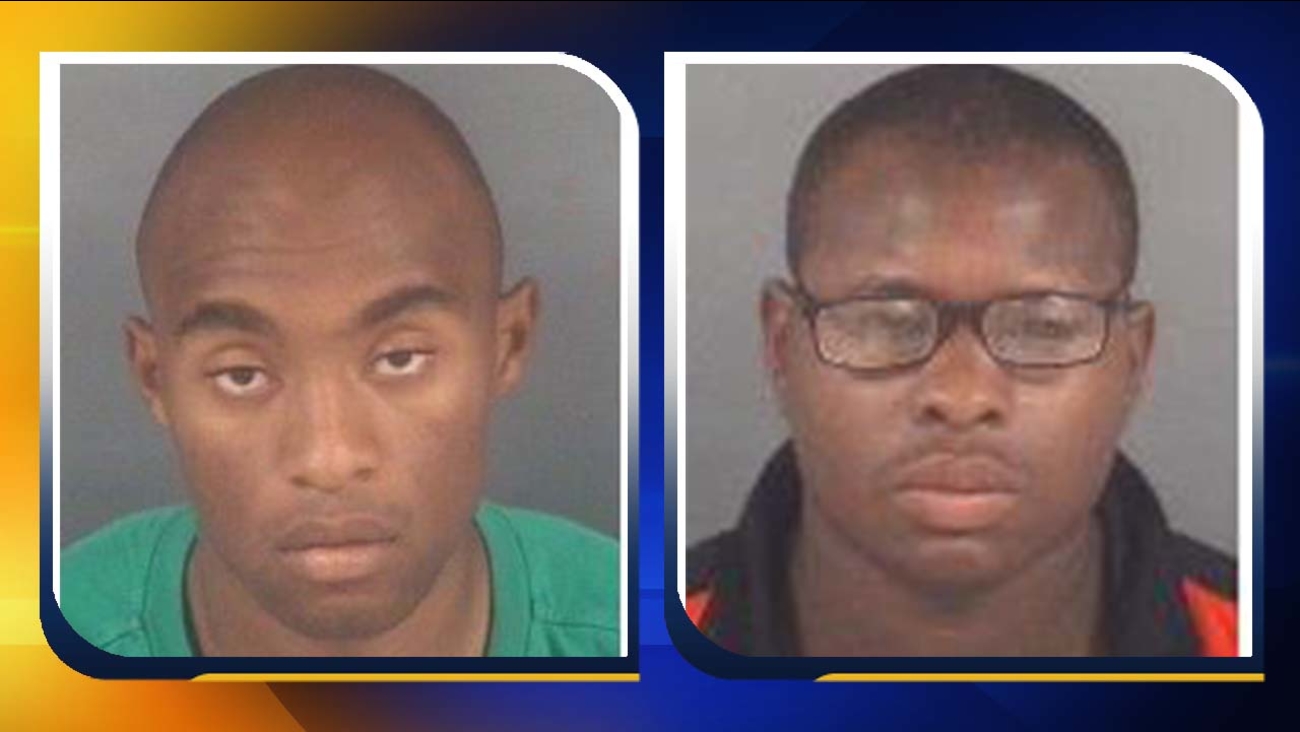 FAYETTEVILLE (WTVD) -- Fayetteville police have arrested two men in connection to the shooting of a Fort Bragg soldier.

Detectives said on Sept. 10, the victim, 36-year-old Walter Turner, was shot in the parking lot of 830 King Arthur Drive. He drove himself to the Kangaroo convenience store on Cliffdale Road seeking help.

Detectives arrested Leone Joseph Thuo, 24, in connection with Turner's shooting. He is charged with attempted first degree murder and assault with a deadly weapon inflicting serious injury with intent to kill, conspiracy to commit murder, and other assault-related crimes.

A joint investigation between FPD and the Military Police Investigation unit from Ft. Bragg led to a second suspect's arrest on Friday.

Matthews and Thuo are currently being held at the Cumberland County Detention Center on a $750,000 secured bond each.

Turner's condition has not been released.

Anyone with information regarding this investigation is asked to contact Detective J Nevitt with the Fayetteville Police Department at (910) 703-3499 or Crimestoppers at (910) 483-TIPS (8477).