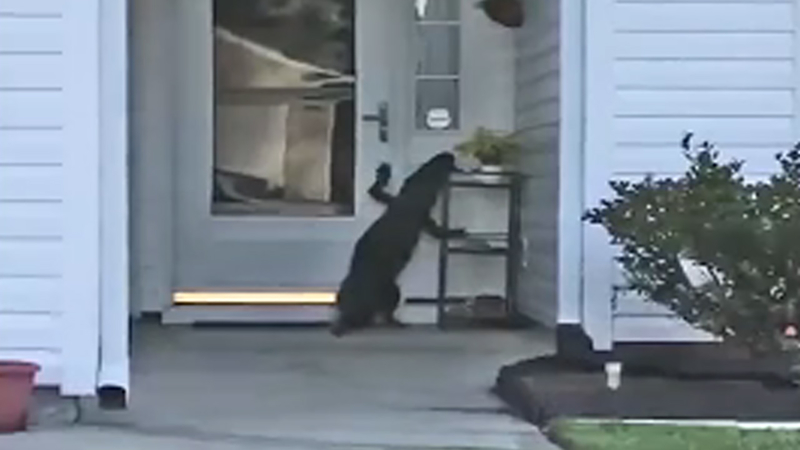 MYRTLE BEACH, S.C. (WTVD) -- When Karen Alfano heard her doorbell ring unexpectedly, she might have wondered whether it was someone selling religion or magazines.

Instead, Alfano found a six-and-a-half-foot alligator at the front door of her Myrtle Beach home.

Alfano called the encounter the coolest thing that could ever possibly happen to anyone, although not all her neighbors agreed, and many were pretty scared.

The ringing reptile damaged the shelves on her walkway and left scratches on her home, but didn't break the hurricane window in her door.

It was eventually removed.

About a mile down from her house, wildlife officials also removed a 10-foot gator who showed up there.

Officials at the South Carolina Department of Natural Resources are asking community members to not call them if the alligator is smaller than five feet, saying young gators pose no threat to humans.