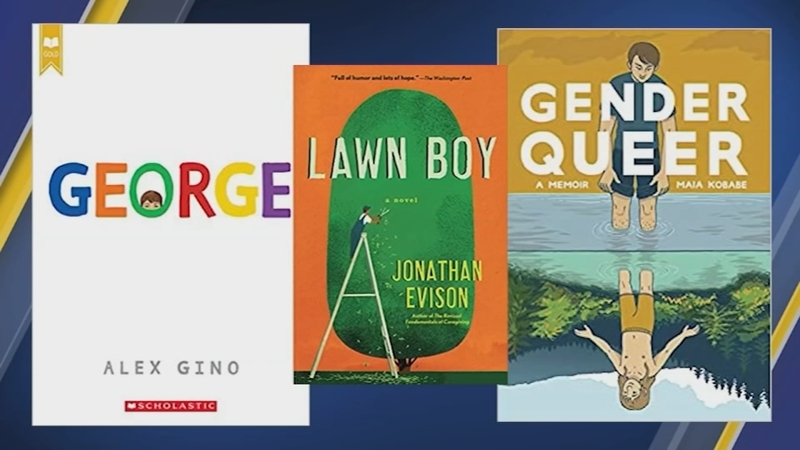 RALEIGH, N.C. (WTVD) -- Seven copies of the book 'Gender Queer' have been pulled from shelves at Wake County Public Libraries.

The book is by Maia Kobabe and it is a non-binary writer's mission to help others struggling with gender identity feel seen.

Over the summer, some called Lieutenant Governor Robinson out for attacking the LGBTQ+ community in a fiery sermon. Robinson said he was taking a stand against teaching the materials in schools and not attacking gay and transgender people.

The county brought 19 copies of Gender Queer back in 2019. Over time, 12 copies of the book never got returned. Of the seven about to be taken out of circulation, they've been checked out 61 times.

Another request was put in to take 'Lawn Boy' out as well but it will remain on shelves in the adult collection for now along with 'George.'

"We applaud Wake Public Libraries for taking a stand against obscene and sexually explicit materials available to our children in public settings. We are confident that the Wake County Public School System will follow suit. While we support the rights of all genders and those in our local LGBTQ+ community, we do not support obscene, profane, offensive and sexually explicit materials of any nature to be made available to minors without express parental consent," said the Wake County group, 'Moms for Liberty'.

Other parents have brought these books to the attention of the Wake County School Board at public meetings as recently as last week. In the last two weeks, nine parents filed criminal complaints with the Wake County Sheriff's Office against the school system.

"Anything sexually explicit would be PG-13 or if it's extremely sexually explicit, it would be R rated, so you'd just put it in that section of the library," said Rachel Jordan, a Wake County parent. "At that point, you're talking about 13-year-olds."

Gender Queer is the only book pulled in 2021.