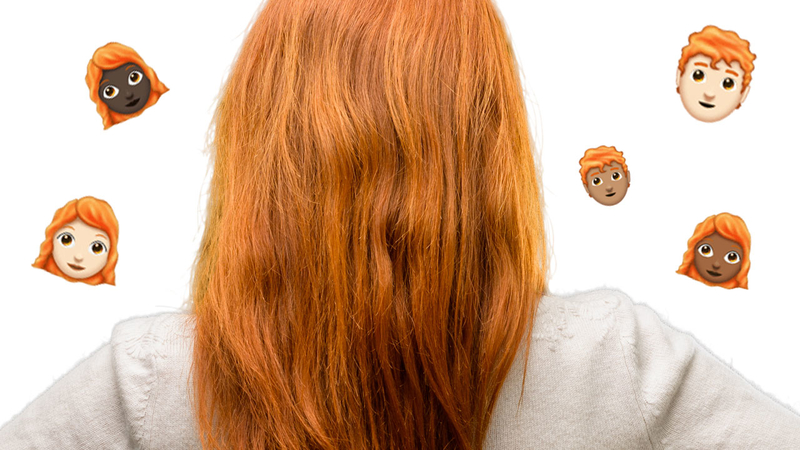 Gingers, prepare to up your emoji game!

There will soon be more than 160 new emojis available, including a whole slew of redheads. In addition to the multicultural family of gingers, you'll also have the option to choose between several different hairstyles like curly hair, grey hair and even no hair.

As far as more traditional emoticons are concerned, you'll soon see a smiling face with three hearts, a partying face, a woozy face, a pleading face and dueling hot and cold faces.

Raccoons, llamas, hippos, kangaroos, peacocks, parrots, lobsters and mosquitos will join the animal kingdom of emojis, and mangos, leafy greens, bagels, salt and moon cake will be available on the emoji menu.

Other new additions include a pirate flag, a DNA helix, toilet paper, a sponge, an abacus, a jigsaw puzzle piece, a firecracker and a compass.

The Unicode Consortium, the organization that governs how text and other characters are rendered on computers, phones and other electronics, will officially introduce the new emojis when it releases the 11th version of Unicode standard on June 5.

The new emojis, though, won't appear on your phone automatically; it's still up to companies like Apple and Samsung to design their own versions of the emojis and roll them out to devices in the form of a software update.