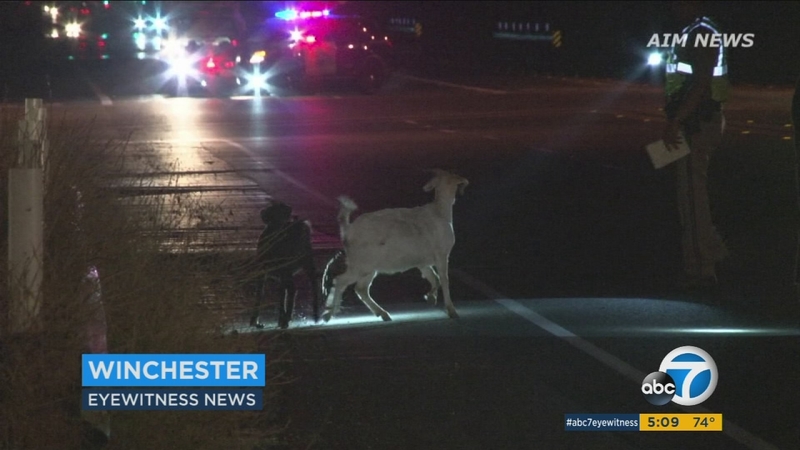 WINCHESTER, Calif. -- More than a dozen goats were killed or had to be euthanized after a herd wandered onto a road in California and were hit by a car, officials said.

Around midnight Friday, about 250 goats wandered away from a nearby field, where they were used to clear brush, and blocked Highway 79 near Keller Road in Winchester in Riverside County.

A vehicle heading south on 79 collided with the herd. About 15 to 20 goats were killed in the collision or were injured and had to be euthanized with a shotgun by state Fish and Wildlife officers at the scene.

The front end of the vehicle was heavily damaged, but no human injuries were reported.

The highway remained closed for about 90 minutes while officials investigated the crash and rounded up the rest of the wandering herd off the road.