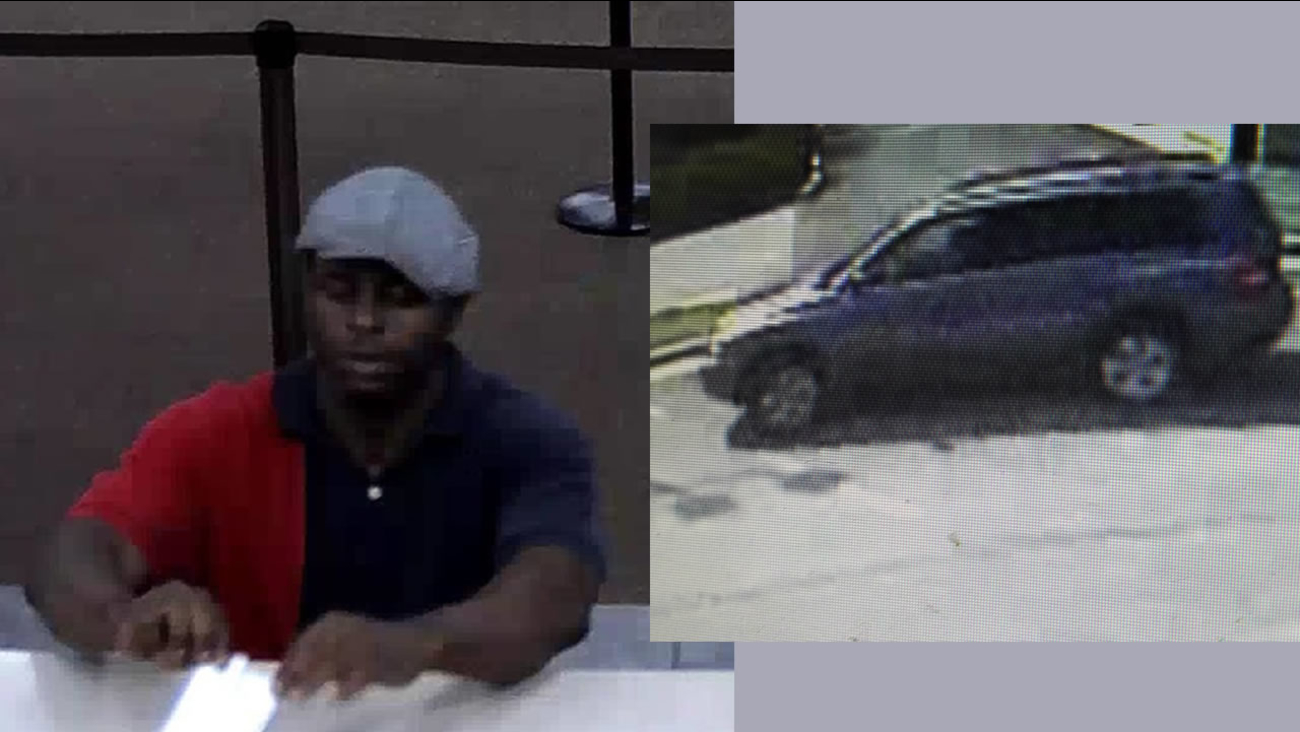 He when ran south across Ash Street with an undisclosed amount of money.

The man was wearing a dark golf styled hat and a red, white, and blue shirt. He is estimated to be in his mid to late 30s.

Police also released an image of the vehicle he is believed to have been a passenger in before the robbery.

Anyone with information is asked to call the Goldsboro Police Department's Investigations Bureau at (919) 580-4242 or call or text Crime Stoppers at (919) 735-2255 or submit a TIP at http://p3tips.com/. Callers will remain anonymous and if your information leads to a felony arrest you will be given a cash reward for the information. Crime Stoppers gives cash rewards of up to $1,000 for information leading to felony arrests.
Report a correction or typo
Related topics:
goldsborobank robbery
Copyright © 2022 WTVD-TV. All Rights Reserved.
TOP STORIES
Snow fall begins in some parts of central North Carolina
NC prepared as winter storm brings rain, snow and sleet
Schools in Wake, Durham counties to close Friday
Contact tracers' role changes as pandemic reaches new heights
Flavor District, Triangle's largest 'ghost kitchen' to open in fall
Residents in Wilson prepare for black ice and snow
LATEST: Many testing sites closed Friday because of winter storm
Show More
Reporter hit by car on live television, but continued reporting
Check your tires before -- and after -- the wintry weather
American Airlines flight diverted over maskless passenger
'We can't get any more': Stores struggle to restock shelves
Essentials to keep in your car during winter storms
More TOP STORIES News