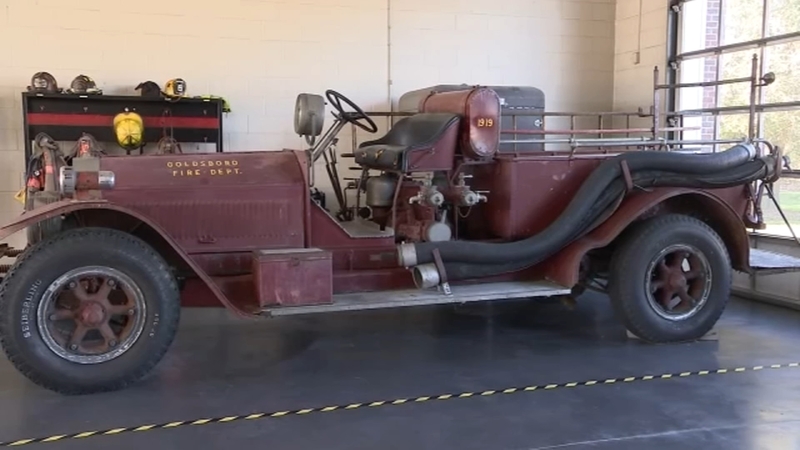 GOLDSBORO, N.C. (WTVD) -- The Roaring 1920s brought us many things - flapper dresses, nightclubs and jazz to name a few.

Most importantly, at least for the Goldsboro Fire Department, the Roaring '20s brought in what is now believed to be the oldest surviving fire apparatus in Wayne County - a 1919 American La France Fire Engine.

It's a piece of history for the department and the city. The hope is to restore the fire engine to its former glory.

"The importance of it is that you know, there were so many people within Goldsboro, that years ago, this participated in all of the parades," said Goldsboro Fire Chief Joe Dixon.

"We want it all prettied up," Chief Dixon said, "People come from all over to take a look."

With a spotlight on the hood, a crank, and lack of windshield, the glory of history is donations shy of being restored to its former glory.

"When you have a piece of apparatus like this, you want to hold on to it. It turns into history, it's priceless to us," Chief Dixon said.