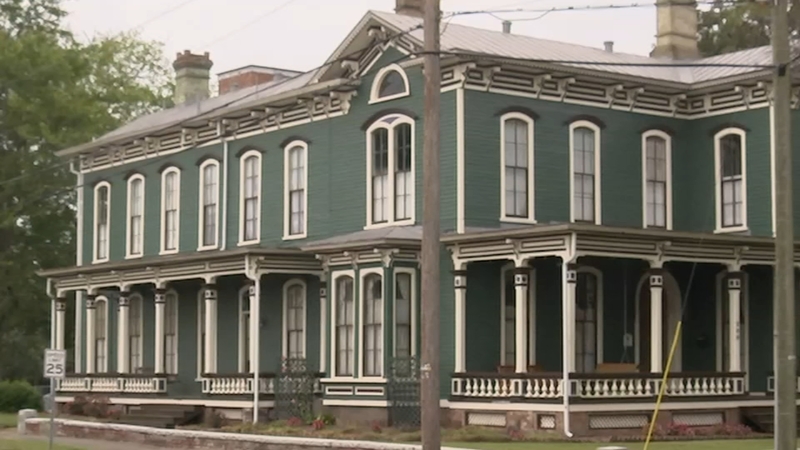 GOLDSBORO, N.C. (WTVD) -- Come along, paranormal adventurists, to a ghostly, historical tour in the heart of Goldsboro.

The city is offering ghost tours as an effort to not only share historical accounts of the city, but as a way to increase foot traffic to local businesses.

Each week, the tours rotate.

Week one will focus on downtown Goldsboro.

"For Goldsboro, we have a rich history," Ashlin Glatthar said. "So it's the ghost tour isn't just about feeling scared or spooked. It is something more educational as well."

The downtown tour consists of commercial and residential locations, including the historical Weil House.

"It's a beautiful old historic home but there have been many witnesses to see apparitions in the windows along the ghost tour route," Glatthar said.

Week two will focus on investigations at the Goldsborough Bridge Battlefield.

"There's a lot more spirits that are there," Glatthar said. "That's more of an investigative tour."

The tours start October 9 running every Friday through October 30.

Meetings for the downtown tour is at Well Traveled Beer (201 S. Center St.). The meeting for the Battlefield tour is at the Goldsborough Bridge Battlefield (303 Mt. Olive Highway, Dudley).