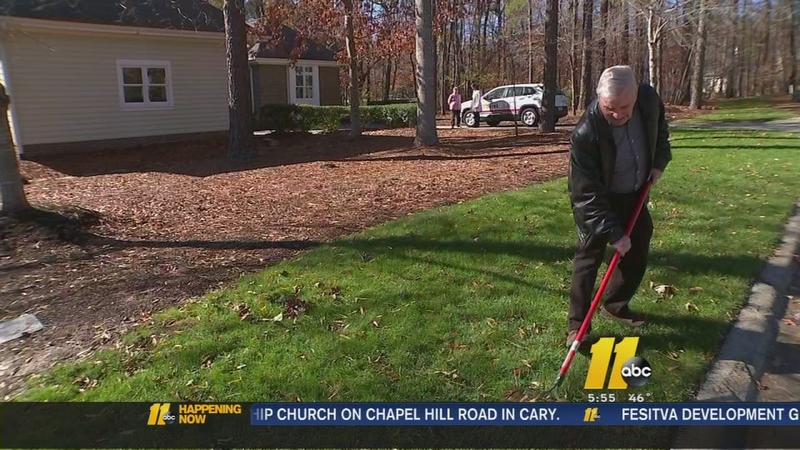 Homeowners have complained to me about cut irrigation lines, invisible dog fences being damaged, and also yards not put back to the condition they were before the digging.

Jack Walker lives in the Governors Club in Chapel Hill and is not happy with what happened when crews for AT&T dug up his yard to install the fiber optic lines.

Right after the work, Walker said his irrigation system was not working.

"I went back to the controller and turned it on manually and nothing happened," Walker said.

What you need to know about Gigabit Fiber construction

"He said the line that goes from the control box to the valves that controls the sprinkler system was cut here, and he agreed they worked over here, but because it was cut here it couldn't be their fault," Walker said.

"I called the irrigation company, and he dug here and showed me the lines were all intact. He searched around and so forth, and he dug up the area where the contractor had been lying the fiber optic cable and said 'it's cut right here,' so he repaired it and got the system up and running," he said.

Walker paid $200 for the repair, and made a call back to Ansco to let him know it was their crew that cut his irrigation line. Walker said he was promised he would be reimbursed for the repair.

"A week or so went on and he said we are going to get the subcontractor to pay you," Walker said.

Walker waited, but no check.

"Through your action, I was finally able to receive the funds," he said.

After I made a phone call, Walker was hand-delivered a full reimbursement of $200.

"I'm very pleased with your help in this, I don't know whether I would have ever received the reimbursement without your involvement," he said.

A representative with Ansco said he would deal directly with Walker, which he did.

The best advice, if work is happening in your neighborhood, be sure to get the name of that contractor.

Also, once the lines are laid in your yard, make sure nothing is wrong. The sooner you can report a problem, the better.

While lines are marked power, cable, and gas, when it comes to irrigation and invisible dog fences, you are to alert crews about it.