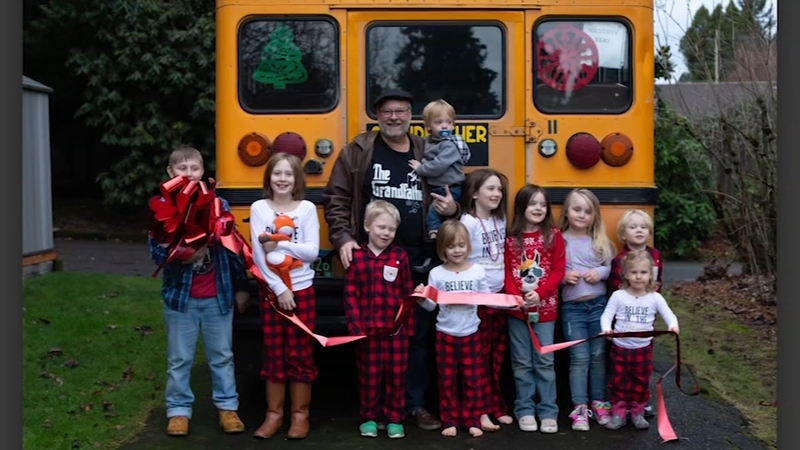 Grandpa Doug Hayes bought a school bus just in time for the Christmas season and plastered on the side of the bus, reads the "Grandfather Express."

Five of Hayes' Grandchildren go to a small private school that doesn't have bus transportation.

The other five grandkids aren't school age yet but soon will be.

All 10 live close enough and now Hayes will be able to take the kids to school on the Grandfather Express.

After taking the kids to school, he'll come back for his car and then go to work.