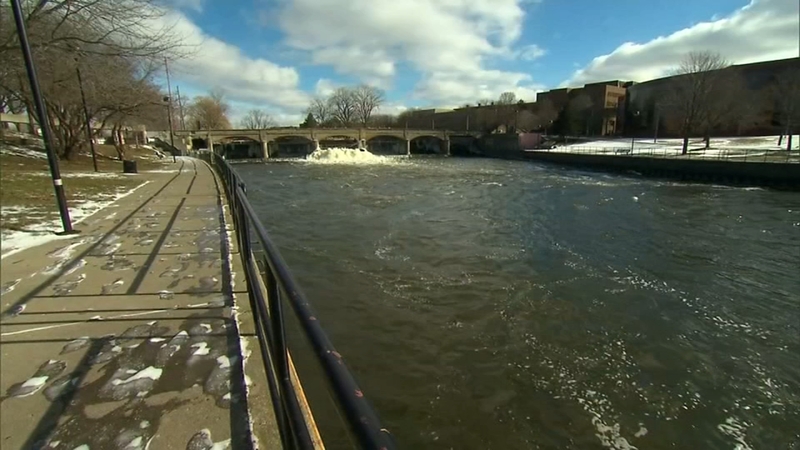 BUTNER, N..C (WTVD) -- South Granville County residents and water customers came to put the new head of the water department on notice: That he may be new to the job but their complaints about brown smelly, potentially cancer-causing water are not new and they want them addressed.

Outside town council chambers in Butner on Tuesday night, these residents who say they've long-suffered from a water crisis ticked off their long list of concerns: Water that runs from faucets with the smell of rotten eggs or vomit; some say their water is brown. Kurt Klinger said when he filled his hot tub, it was green.

"The (water authority's) response to it was they could not tell me why it was green but it wasn't harmful," Klinger said.

Barbara Chance, a Creedmoor resident, added that not only is the water expensive (a $78 base rate), it's not drinkable.

"I don't drink with it. I don't cook with it. From what I've heard, many people don't," she said.

When the I-Team first began asking questions about what's wrong with the water from SGWASA, the Southern Granville Water and Sewer Authority, state health officials disputed residents' concerns that the water was triggering clusters of cancers.

That despite state cancer data showing that between 2005 and 2012, Granville County had the highest total cancer rate of anywhere in the state.

Butner resident turned activist John Mayo has been leading the years-long crusade to fix what ails the water system. He successfully lobbied State Sen. Floyd McKissick to get $600,000 into the state budget to fund home-filter systems for SGWASA's 20,000 customers.

He said they will be the same kinds of filters given to Flint, Michigan, residents following that city's 2014 water crisis that became national news.

"Someone from the (Michigan) governor's office got back in touch with me and shared three types of filters they distributed to all Flint residents," Mayo said. "The (filters) snap on the faucets. They don't require professional plumbing or anything."

At Tuesday night's town council meeting, Mayo called on new SGWASA Executive Director Scott Schroyer to revamp the water authority's website to provide more transparency to customers about what's going on with the water. He also wants Schroyer to commission a customer satisfaction survey so that customers can feel more heard.

"From the residents' point of view, I'm trying to find a way that we can get decent, clean, non-smelly water," Mayo said.