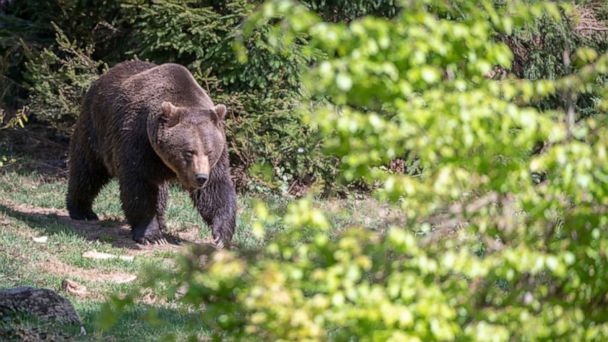 A grizzly bear mauled and killed a hunter in a first-of-its-kind attack at a national park in Alaska.

The incident happened on Sept. 20 in the Wrangell-St. Elias National Park and Preserve, a 13.2-million-acre area located in southeast Alaska, while the hunter was on a 10-day moose hunt with a friend near the Chisana River drainage at the time of the mauling.


The death of the hunter is the first known bear mauling fatality recorded at Wrangell-St. Elias -- which is the same size as Yellowstone National Park, Yosemite National Park, and Switzerland combined -- since the park was established 40 years ago in 1980, according to the United States National Park Service.

The exact injuries the hunter suffered were not disclosed and nobody else was injured in the attack.

"Visitors are encouraged to be Bear Aware when traveling in the backcountry and take precautions such as carrying bear spray and using Bear Resistant Food Containers," said the NPS in a statement following the incident.