No lifting: Gyms to remain closed during Phase 2 reopening 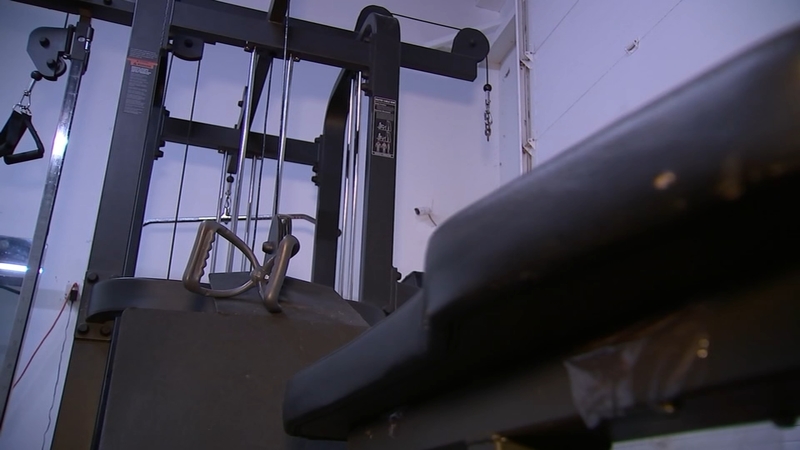 No lifting: Gyms to remain closed during Phase 2 reopening

RALEIGH, N.C. (WTVD) -- There's something about working out with a group that makes some people push themselves harder for better results.

That's why people who miss their access to gyms and organized exercise classes are disappointed by the news that fitness activities at destinations like Burn Boot Camp won't reopen during the next phase of reaction to the novel coronavirus in North Carolina.

"We pledged early on that our team would have no negative effect from COVID and worked through all of our staff, for those who relied on us for their livelihoods, to make sure that they were safe and cared for," Kip Downer, owner of several Burn Boot Camps, told ABC11.

He said he planned to open this Friday before he learned about Gov. Roy Cooper's update. But he's still ready for business while making sure his 85-member crew still gets paid.

"Contactless sign-in and sign-out, we'll walk our members straight back to a 6x8 square, in the majority of our locations, where the client can wipe those weights down. We're going to open with a combination of virtual and in-person camps," Downer said.

But Cooper announced Wednesday that gyms, health clubs, bars and nightclubs must remain closed, according to the new order, which goes into effect Friday at 5 p.m.. Though health officials had hoped the trends in new cases and testing would allow modified openings, the governor explained that recent data and metrics compelled them to "back off" further lifting restrictions.

There are, however, a few fitness options on the way at Triangle YMCAs. Marketing and communications VP Jennifer Nelson said the Y pools will open May 29, and some summer day camps will begin June 1.

ALSO SEE: What precautions are gyms taking when they reopen in North Carolina? Here's one example

Downer had a message for the governor: "And remember sir, fitness keeps you safe, I understand you can exercise and bike outdoors but at the same time, physical and mental health helps fight disease.'

That said, Downer smiled while we asked how long, under the circumstances, can he keep paying his workers while the workout-room doors stay closed?

"I hope I don't have to answer that question. We are very fiscally responsible," he said.

Those who run, use and work out at exercise centers hope Cooper gives them the green light to reopen sooner than later.

Crossfit Coordinate said they've lost nearly 40 memberships since March and have had to rely on donations otherwise they would've had to shut down.

"We opened this business with one goal in mind: to make a place where fitness and community intersect and to help people with their health and wellness," said Philip Tabor of Crossfit Coordinate. "Over the last 60 days, we haven't been able to do that like we've done before."

Tabor's wife is a nurse, so he's coming at this with two perspectives.

"When this first happened, we understood. We knew we were facing a crisis and we were in a situation and we understood about the closing down of the country and the state but we feel here locally in North Carolina we have no direction," said Tabor. "We were supposed to be part of that and today kind of retracted and no statement of when we do get thrown back in."

"We sweat, we cough, we spit so from that perspective, I do understand gyms are looked at a little different but where I struggle with it is we're looking at gyms from the Life Time fitness perspective, a place with 10,000 members to the small boutique gyms like ours."

Doug Warf is president of O2 Fitness, which has twelve locations in the Triangle.

"A lot of our members want back into the gyms and in South Carolina, they're doing it respectfully but we receive dozens and dozens of frustrated emails every day that we're not open," said Warf.

Warf thought they'd be open in North Carolina by now and had discussions with the governor last week that indicated they would.