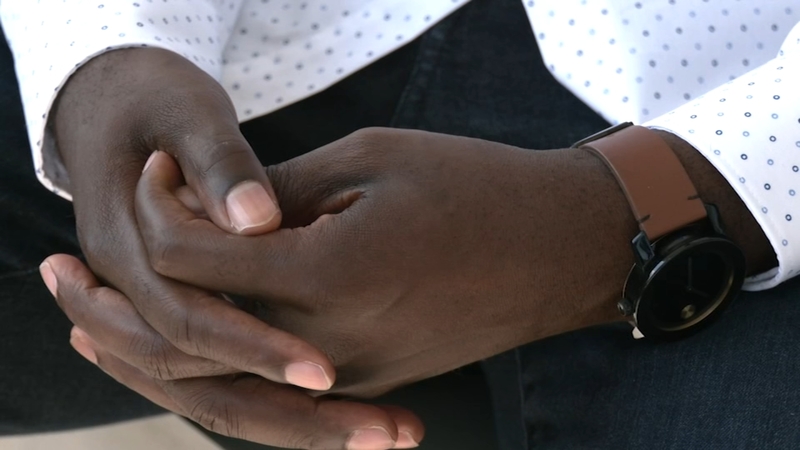 RALEIGH, N.C. (WTVD) -- The Haitian border crisis is far from over for many including one Triangle man who has family at the border.

They traveled through 11 countries and trudged through deserts and forests just to get here.

"They are met with gangs, wild animals and they walk days and nights. Sometimes three to four days on foot before they can get to the next country," said Max, who wished to not give his last name.

Max concealed his identity because he wasn't comfortable showing face as the Haitian migrant crisis continues to unfold at the border. His cousin, his cousin's wife and their 3-year-old daughter are there now and desperate to escape turmoil in Haiti describing it as one crisis after another including natural disasters and political unrest.

Yet traveling through dangerous conditions just to get here is worth it to them even if it means losing people along the way.

"One of his friends lost his wife on the way in the forest. The sad part is they have to leave the body behind because they have to keep going. People die through this journey from being dehydrated or poor health," Max said.

He watched along with the rest of the world as migrants were held in camps at the border. The Wake County man didn't hide his disappointment with the Biden administration.

"He sold himself to the nation as the better person than his predecessor," said Max.

Organizations are providing comfort to Haitians like Max who have loved ones in the heart of the crisis.

Vroselyn Benjamin in co-founder of Haitians of the Triangle.

"This is supposed to be the land of the free and home of the brave. It's always been marketed as the United States is the country for immigrants and this is how they're treating immigrants," said Benjamin.

She said traditionally, the face of immigration isn't Black, but she feels it should be included.

As for Max, his family is seeking asylum is Mexico. With no food or money, they're doing the best they can for now as they hope to reach North Carolina one day.

"I send them money down there. I'm going to do whatever it takes for as long as I have to," said Max.