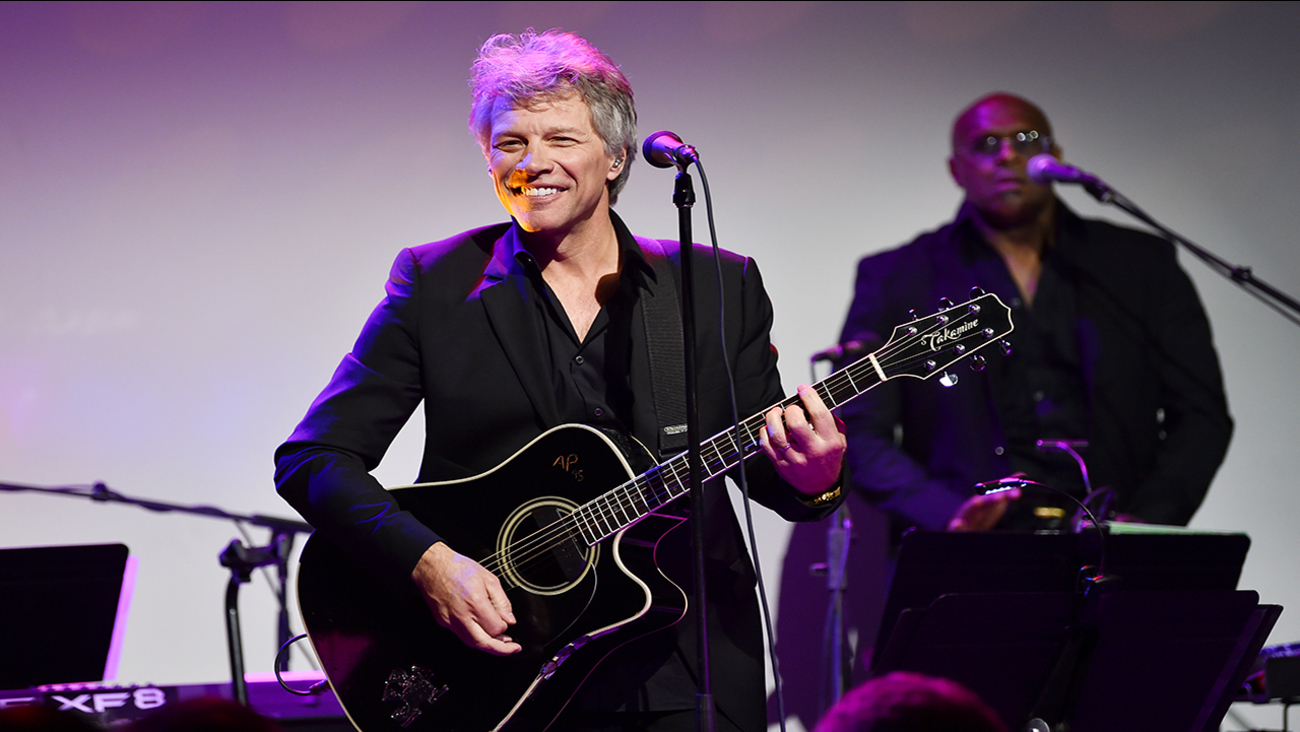 The Cars, as well as first-time contenders Dire Straits, The Moody Blues and Sister Rosetta Tharpe, also are part of the 2018 class announced Wednesday. They will be inducted on April 14, in Cleveland, Ohio.

The six inductees were chosen from a group of 19 nominees, including Radiohead, who were expected to enter in the Rock Hall in their first year of eligibility, but didn't make it.

Tharpe, a pioneering guitarist who performed gospel music and was known to some as "the godmother of rock 'n' roll," will be inducted with the "Award for Early Influence." She died in 1973. The other five acts will be inducted as performers.

The jazzy and soulful Simone, also a first-time nominee, was a leader in pushing for civil rights and influenced the likes of Alicia Keys and Aretha Franklin before her death in 2003.

In an interview with The Associated Press on Wednesday, Jon Bon Jovi said the news was "wonderful. It's rewarding. It's humbling."

"I didn't know how long things would last because I never envisioned 35 years later. I could have never dreamt of that," he added. "I'm happy for the whole band, my family and for me."

He will be inducted alongside current bandmates David Bryan and Tico Torres, as well as former members Richie Sambora and Alec John Such. Sambora left in 2013; Such left in 1994.

The frontman said he and the other current members haven't spoken to Sambora since he left the group four years ago, but said he invites the performer, along with Such, to be part of the Rock Hall festivities.

"(Sambora) had things he had to deal with and (he) didn't show up anymore. I respect that," Bon Jovi said. "He's absolutely invited and will be asked to participate in every aspect, including the performance, as will Alex Such ... and they'll be able to join the band, the current band, onstage. They'll be most welcomed."

The Cars, founded in Boston in 1976, combined New Wave and classic rock sounds. This year marked the band's third nomination.

Each year, between five and seven acts usually make it into the Rock Hall following a vote by 1,000 people, including performers, music historians and industry experts. Fans also were able to vote on the Rock Hall's website. All of the inductees had to have released their first recording no later than 1992 to be eligible.